“An Affirmation of that for which I have fought.”[1] 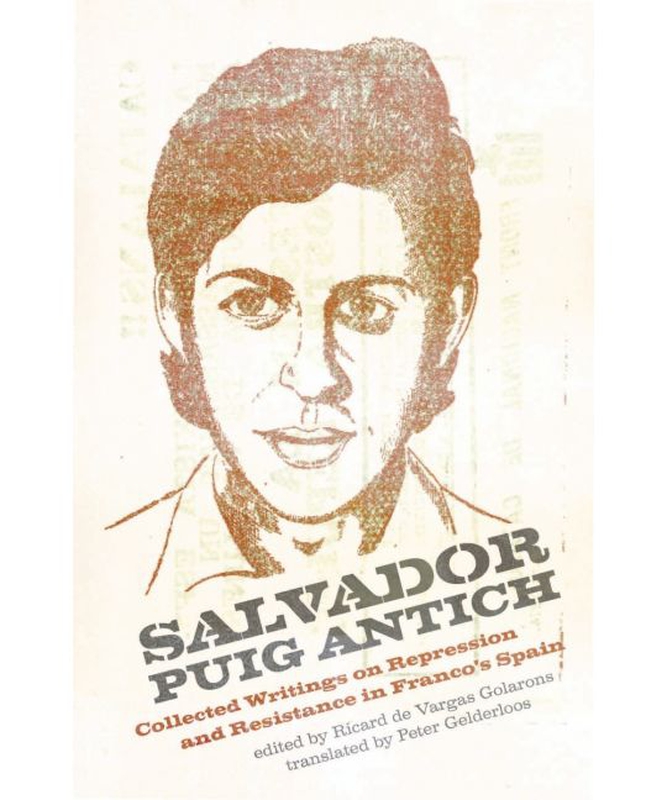 When we learnt the news of the execution of Salvador Puig Antich in March 1974, it hit those of us in and around the Anarchist Black Cross with the force of a hammer blow. To be more precise we learnt of his cold-blooded garroting at the hands of the Spanish state whose determined cruelty and malevolence shocked even the most experienced of us. The Spanish and international campaign created to save his life had failed and, as a consequence of this state murder, Puig Antich entered the list of our martyrs. The date of his execution can be commemorated on Facebook with the requisite sad faces. That simply won’t do. The importance of this moving and informative book is to allow us to see Puig Antich as much more than a victim. It allows us to place him as part of a rich movement seeded by working-class militancy which was constantly assessing just how we can defeat capitalism and create a better world.

The book, ably edited by Ricard de Vargas Golarons-himself a member of the MIL (Movimiento Ibérico de Liberación – Iberian Liberation Movement)[2] with Puig Antich –  consists of various sections. The first pieces are, as we might expect, about Puig Antich himself. They include an evocative piece by Jean-Marc Rouillan describing his friendship with Salvador and the expropriations they took part in. Rouillan also describes the chats they had in various cafés and bars which gives us a sense of Puig Antich as a person rather than a cipher. Felip Solé’s piece re-inforces Rouillan’s and helps challenge the picture of Salvador as the eternal victim. Solé also writes about the campaign in Barcelona that attempted to save Salvador dating from his sentence of death in January 1974 until his eventual execution on March 2nd 1974. Without doubt the most harrowing piece in this section – and the book – is the piece by Puig Antich’s sisters chronicling the night before Salvador’s murder and the hours they spent in the prison chapel with him. It’s a moving and remarkably dignified piece of writing that stays with the reader for a long time. His sisters also write about defending his legacy and their attempts to persuade the Spanish government to hold a re-trial on the basis of autopsy reports and the actual events of his capture. Events that led to the shooting and killing of one of the police involved in Puig Antich’s arrest as well as the wounding of Puig Antich himself. There is a detailed, informative and thoughtful chapter on the activities of the MIL and OLLA [Organització de Lluita Armada – Armed Struggle Organisation] by Ricard de Vargas Golarons which is an impressive narrative of the complexities of the MIL and those groups around it. It is essential reading. There is also a chapter on Puig Antich in the MIL by Sergi Rosés Cordovilla that makes some telling points. Statements on Puig Antich dating from various anniversaries of his death are included also. There are some moving letters from Puig Antich himself and a chapter featuring his unpublished writings. Two useful chronologies and a fine introduction by Peter Gelderloos – “The Context and Significance of Salvador Puig Antich, the 1,000 and the OLLA” complement the volume. Gelderloos also does a very good job in translating the volume. Above all there is a most useful glossary that helps us make sense of the events, organizations and people from this period.

I am guessing that for most people this book is a piece of history with little relevance to them. It might be an interesting read but the activities of the MIL are firmly part of the past as are those other armed struggle groups who took up the gun and carried out actions and expropriations. We cannot though, apply that characterization of “armed struggle group” to the MIL. They were born out of the exploding workers movement in Barcelona and other parts of Spain – a workers movement that opposed the hierarchy of trade unions and the hierarchy of political parties that would try to control them. This militancy on the part of the working class in factories and neighbourhoods came at a terrible cost as numerous strikers were killed for simply exercising basic human rights in Barcelona and throughout Spain in the late nineteen sixties and early nineteen seventies. The MIL, primarily based in Barcelona and Toulouse, France supported this autonomous movement and some some of them were part of it.

This autonomous action, then, on the part of the workers encouraged future members of the MIL to begin publishing radical texts that, they hoped, would make sense to this new generation of militants. Others, in 1970, had formed the Exterior Team, initially based in Toulouse, which became the armed agitation wing of the struggle while other militants had also created the Workers’ Team who were members of unions opposed to “Stalinist manipulation by their own bureaucrats”. Using weapons from hidden caches left by Sabaté and other anarchist guerrillas they embarked on their path of armed agitation from 1972.[3] Money was expropriated to pay for publications and to give to striking workers and their families. They created a publishing company, Ediciones Mayo del 37, which reflected their awareness of the importance of this month for the anarchist movement in Barcelona and rest of Spain. Fittingly their first publication was a work by the Italian anarchist Camillo Berneri as he was murdered by Communist Party members during those May 1937 days. Numerous other publications followed.

For some in the MIL there was a critical distinction between armed struggle and armed agitation. They disdained the idea of armed struggle with its elites who constantly appeared to be telling people what to do. All too soon, it was felt, the armed struggle group became as important as any activities going on in the world around it. When the MIL dissolved itself in their August 1973 Toulouse conference it was partly because they could not reconcile this tension between theory and practice and partly, perhaps, that the organization was becoming too important for its own good. The use of armed agitation had led to realities that caused problems. As activities grew the need for secrecy, safe houses, money to live on, all took them away from the immediacy of the workers’ lives which had driven them. When Puig Antich was captured in a police trap on the 25th Sepember 1973 he was on his way to a meeting to consider the fusion of ex-MIL members with OLLA, a network of armed autonomous and anti-capitalist groups in an attempt to work out these tensions of theory and practice.

The MIL was determinedly anti-capitalist. Capitalism could not be reformed and was the source of economic, emotional and social pain; so much of their efforts was working out ways of getting rid of it. Wildcat strikes led by the workers themselves, rent strikes, publishing literature, armed agitation were all attempts to prod the capitalist beast and identify the weaknesses in its armour. Those in and around the MIL had to consider who they could work with in these tasks and it could not be any organization on the left that believed in any hierarchy. Partners had to be involved in, and supportive of, the autonomous and anti-hierarchical workers movement as much as they themselves were. This was not the time for leaders. Ediciones Mayo del 37 published council communist, and left communist material as well as writings by MIL members which argued for autonomous class action and the avoidance of parties and their hierarchies. Like anarchists today they struggled with the constant tension between theory and practice. Like anarchists today they walked the tightrope between ideological purity and practical necessity in times of struggle but they could not and did not believe in the permanency of any organization – including their own. That way would lead to seeing the organization as important as the struggles around it. Consequently there was a fluency of members and supporters. They were part and parcel of the struggles around them and their actions were guided by the ebbs and flows of these struggles. They were not separate or different. In the light of these thoughts the scattered writings from Salvador Puig Antich included in this volume are very important as he struggles with many of the points I have just mentioned. They are fascinating sketches from a militant attempting to find a unity in his ideas and practice.

We should remind ourselves that, as well as Salvador Puig Antich, other people in and around the MIL were imprisoned and tortured with 1974 proving to be a very bad year. Members of ETA[4] and other armed struggle groups were also arrested and some executed. On April 6 1976 Oriel Solé Sugranyes, an early member of the group, is gunned down 900 metres from the French border by the Guardia Civil a day after escaping from Segovia Prison. Puig Antich’s murder stands out for its brutal cruelty but this volume challenges in every way the image of him as a victim frozen in time. His ideas and those of the comrades around him still need to be thought about and reflected on. I see him and his friends and comrades as those who realized, in the words of British anarchist George Barrett written well before they were born, that “In some near future more of us will see the beauty of the days we let slip so uselessly.”[5] I like to think that they sensed that beauty and went to try to keep it alive and growing.

This is an important volume that leaves us with much to think about.

1, From a letter to “Joaquim” by Puig Antich after he learnt of his death sentence. (p204-5)
2, Movimiento Ibérico de Liberación – Iberian Liberation Movement is a later name for the MIL. Originally they were MiL which means 1,000 in Spanish and was an indicator of the group’s anonymity
3, Almost certainly from anarchists like Maria Lozano Molina (Mombiola). You can read Nick Heath’s biography of her here: https://libcom.org/history/articles/1914-1999-maria-mombiola and Imanol’s at https://www.katesharpleylibrary.net/pc882q.
4, Euskadi ta Askasatuna – Basque Country and Freedom, an armed group that fought from 1959-2011 for an independent socialist Basque state.
5, From his article “Night and Morning” in the April 1911 edition of the London based anarchist paper “Freedom”. You can also find it in “Our Masters Are Helpless: The Essays of George Barrett” ed. Iain McKay. Freedom Press, 2019.