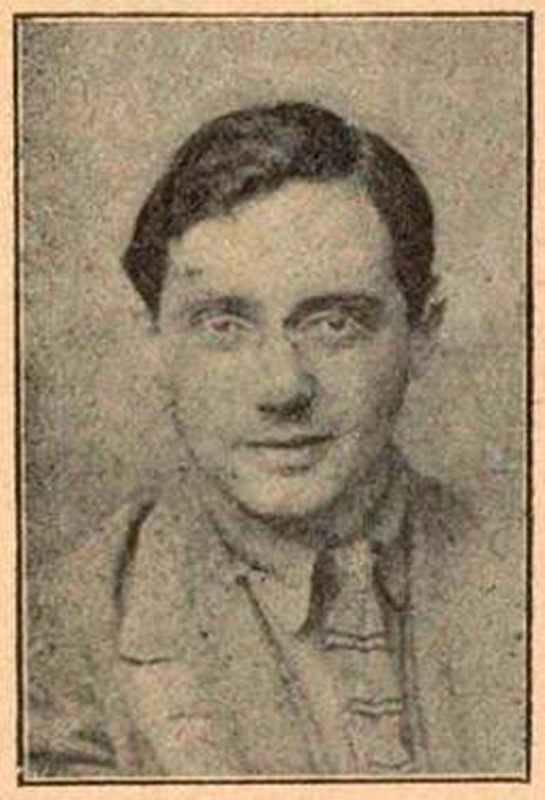 Mratchny, which means “the gloomy one” was a pseudonym - his real name was Klavansky. Anarchists often used nicknames that were completely inappropriate - this provided an extra layer of protection. For example, Makhno was “the modest one,” several anarchists with lots of hair were “baldy,” a young person would be known as “stariy” (old), etc. As his photo suggests, Mratchny was probably the opposite of gloomy. [Update: This photo was found in the Pierre Ramus papers by Sergei Ovsiannikov, and then passed on to us by Malcolm Archibald.]

From: Unidentified clipping from a Swedish newspaper in the Pierre Ramus papers at the IISH: F429, page 83 https://search.iisg.amsterdam/Record/ARCH01162.