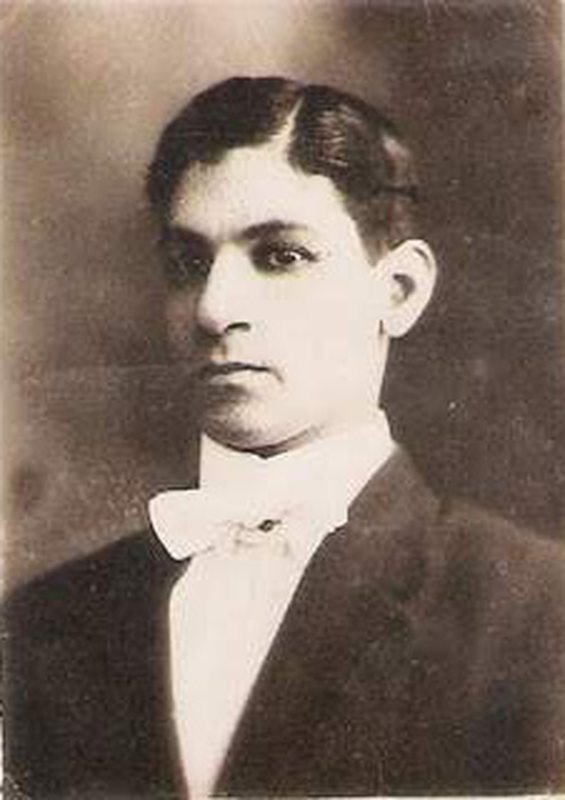 Alfredo López was the leader of the Printing Trades Union in Havana. At the age of 32 he was murdered on the orders of the tyrant Gerardo Machado on 20 July 1926. His body turned up years later on the slopes of the Atarés castle in Havana, where he had been detained and tortured.

He was born in Sagua La Grande on 2 August 1894, to an Asturian anarchist living in Cuba, Alfredo López de Cosio and his mother was Patricia Arencibia Rojas. From an early age, Alfredo was one of the driving forces and leaders of the Printing Trades Association. Years later, by which time he was living in Havana, that background enabled him to find employment at the ‘La Mercantil’ press-shop, where he quickly became involved in the workers’ campaigns for better living conditions. Whereupon he found his raison d’être and acted out the anarchist beliefs passed on to him by his father.

Later, together with a band of fellow-campaigners, he launched the Havana Workers’ Federation and Cuban Workers’ National Confederation (CNOC). His activism and trade union campaigns marked the first five years of the 20th century.

In 1918, he set up the May 1st Committee and, under that umbrella, turned it into a day for labour struggles. He took part in the strikes that occurred that year and the year after, which were joined by the construction workers, railway workers, tram-workers, tobacco and sugar-workers from Las Villas and Camagüey.

Right up until he was murdered, Alfredo López stood firm and incorruptible and his moral standards made him an obstacle to dictator Gerado Machado’s government.

Alfredo served as vice-president and then president of the Printers’ Union. At the end of 1919, he orchestrated a big strike in that sector and, three months after that, the workers’ demands were granted.

He took part in the 1920 Workers’ Congress called by the Havana and Pinar del Río Tobacco-workers’ Federation in April 1920, involving representatives from 102 labour organizations from all over the country.

Alfredo López lobbied for the establishment of local and provincial federations as a first step in the direction of the convening of another labour congress, the main aim of which was the unification of all the country’s workers into a single federation. Participants in the congress agreed to see to that process of unification. Thanks to his efforts, the Havana Workers’ Federation came into being on 4 October 1921 and it represented a significant step forward in the growth of the Cuban labour movement’s revolutionary consciousness. López became general secretary of the Federation. In 1925, he played a kept part in the launching of the Cuban Workers’ National Confederation (CNOC).

On 4 October 1922, Alfredo López launched the Rationalist School[1]. It operated out of the Havana Workers’ Centre and other union offices. By day, it was attended by the children of workers and, by night, by adults, the aim being to combat the ignorance that played into the hands of the bourgeoisie. This was why the José Martí People’s University founded by José Antonio Mella on 3 November 1923, had the illustrious labour leader López among its most fervent supporters, alongside Rubén Martínez Villena, José Zacarías Tallet, Juan Marinello and other revolutionary intellectuals.

Alfredo López was a Cuban who committed himself whole-heartedly to the fight for fairness and social justice. The word is that with his type-setter’s wage from the company where he worked, he could comfortably have met the needs of his family, without putting his life on the line. This young man who occasionally looked like a bit of a dandy, usually dressed in a dark suit and elegant white tie set aside his well-to-do lifestyle early on.

1, The rationalist school movement was an international trend in pedagogy. Known as a progressive mode of education, it drew its inspiration from the Modern School of the Spanish educationist Francisco Ferrer Guardia. Educational ventures launched at the time were given names like ‘modern school’ or ‘model school’ or ‘rationalist school’. The schools’ methodology was based on nurturing free-thinking in the student, and collaborative learning and apprenticeship between partners. Modern schools also often offered evening classes for adult education. These schools were co-educational, secular, bereft of punishment or examinations and were generally maintained by civil associations and labour unions. The modern schools saw themselves as an alternative to church- and state-run schooling.