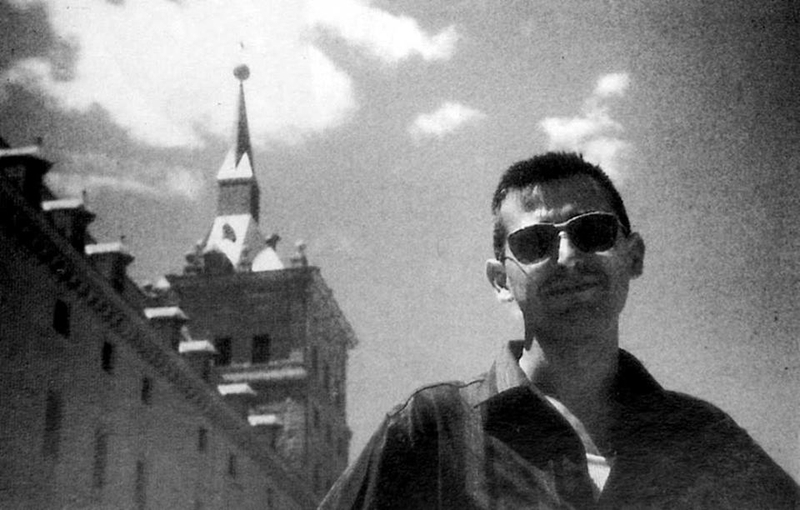 I am sorry to announce the death this morning of my old friend and comrade Antonio Martin Bellido who died at 5.00 am, the same time 51 years ago as his two comrades, Joaquin Delgado and Francisco Granado, whose lives – and deaths were so closely entwined with his own. His funeral will take place in a few days.

Antonio Martín Bellido, Madrid 1938-Paris August 17, 2014: son of a Madrid UGT (General Workers’ Union) militant exiled in France where he lived, in Strasbourg, from the age of two. Having served his apprenticeship as an electrical engineer, he moved to Paris at the age of 19 where he joined the Iberian Federation of Libertarian Youth (FIJL). In 1962 he visited London with other young Spanish and French anarchists to take part in the annual anti-nuclear Aldermaston march, during which many enduring friendships were forged. That same year he joined the recently re-constituted MLE’s (Libertarian Movement in Exile) clandestine planning section known as ‘Defensa Interior’ (D.I.), whose remit was (a) to organise and coordinate actions intended to destabilise and discredit the Franco regime internally and internationally, and (b) to assassinate General Franco. Among the anti-Francoist actions in which he participated that year were the explosions targeting the dictator’s slave-built mausoleum at the Basillica de la Santa Cruz in the Valley of the Fallen (12 August 1962) and in St Peter’s Square in Vatican City (23 September 1962) at the opening of the Vatican Council.

(DI bombs were not intended to kill, only to draw international attention to the ongoing and growing repression and violent nature of the Franco regime. Small amounts of plastique were used in these devices, all of them timed to explode in the early hours of the morning. In fact, throughout the extensive, international, two-year DI bombing campaign against Francoist institutions, there was only one occasion – in the Dirección General de Seguridad, the HQ of Franco’s secret police in Madrid’s Puerta del Sol – when a few people were slightly injured as a result of a detonator mis-timing. During this period the DI organised two attempts on Franco at San Sebastian (18 June 1962), the Palacio de Ayete (19 August 1962))

Perhaps the most crucial actions for Antonio were those that occurred on 29 July 1963 at the Madrid HQs of the secret police (the Brigada Politico Social) and the Falangist Labour Front. It was the misfired bomb at police HQ that had the most serious consequences and the greatest lifelong impact on Antonio in terms of guilt. Unbeknown to him and his fellow DI comrade, Sergio Hernández, Octavio Alberola, the DI coordinator, had sent another comrade, Francisco Granado Gata, to Madrid in a specially modified car with weapons, explosives and a radio transmitter in preparation for a further attempt on Franco at the Palacio del Oriente during the annual presentation of new ambassadors to Franco’s court. Unfortunately, there were no new ambassadors that July and the operation had to be cancelled, Francisco Granado withdrawn and the materiel passed over to another Madrid-based group led by a man called Jacinto Guerrero Lucas, the protégé of former CNT Defence Secretary (and guerrilla combat groups organiser in Catalonia between 1949 and 1952) Jose Pascual Palacios. Another FIJL/DI activist, Roberto Ariño, was sent to Madrid on 20 July to contact Granado, and advise him of the change of plan but missed his rendezvous with the latter. Eight days later an anxious Alberola sent trusted friend and comrade Joaquin Delgado to Madrid to contact Ariño and Granado and instruct them to return to France, after depositing the materiel in a Madrid safehouse for Guerrero’s Madrid-based group to collect later. Ariño returned to France the same day, 28 July, but Delgado was unable to make contact with Francisco Granado until the following day, the day the fateful bombs planted by Antonio Martin and Sergio Hernández exploded prematurely in Security- and Falangist HQs. Sergio returned to France by train immediately after the explosion, but Antonio remained in Madrid for a week or so until the hue and cry had died down sufficiently for him to make his escape. On 31 July, as Delgado and Granado were preparing to leave Madrid, they were arrested by a Guardia Civil officer allegedly on the grounds they were ‘acting suspiciously’, a classic ploy used by police wishing to conceal the fact that they are acting on information received from informers or agents. Both men were arrested, tortured, charged with ‘Banditry and Terrorism’, tried by a summary (drumhead) court martial on 13 August 1963 and sentenced to death by garotte-vil. The two innocent men were executed in Carabanchel prison at dawn on 17 August 1963. The BPS were fully aware they had no involvement in the actions of 29 July, but they did know that the cache of weapons and explosives they discovered were to have been used in an attempt on Franco. The question was, who was – or were – the traitor or traitors responsible for the deaths of Delgado and Granado? It was a question that was to haunt Antonio Martín for the rest of his life, as did his deep sense of guilt over his role in the crime for which they were judicially murdered. When he discovered the fate of the two comrades on his return to Paris, Antonio wanted to make a public statement admitting his responsibility, but was persuaded against doing so; it would have made no difference to the decision to execute Delgado and Granado, especially Delgado, a freemason and an influential figure in both the FIJL and the DI. General Eduardo Blanco, head of the security service (DGS), wanted scapegoats and they fitted the bill perfectly. Both men had been under surveillance throughout their stay in Madrid, their mission – to kill Franco – had been betrayed by Pascual’s protégé, Jacinto Guerrero Lucas, a police agent who remained active within the ranks of the exiled libertarian movement until the end of the 1960s.

In 1968 – as secretary of the Paris branch of the FIJL – he was arrested and confined to Saint Brieuc for membership of an ‘association of evildoers’ (malhechores), a reference to the First of May Group, the successor action group to the DI. Throughout the rest of his life he remained a tireless supporter of the anti-Francoist activities of the FIJL and the CNT-in-Exile. Laterally, he played a key part in ensuring that the Spanish Republican and anarchist contribution to the Liberation of Paris by Leclerc’s 2nd Armoured division, “La Nueve” received the public recognition they deserved.

Finally, on 17 October 2009, after years of investigation, Antonio Martin succeeded in organising a videoed debate/confrontation in Madrid in the presence of Jacinto Guerrero Lucas and a number of the surviving comrades from his own Madrid group – his victims – who had been tortured and jailed in connection with various attacks mounted in 1962 and 1963 on sites of symbolic significance to Francoism.