Malatesta and the Russian Maximalists 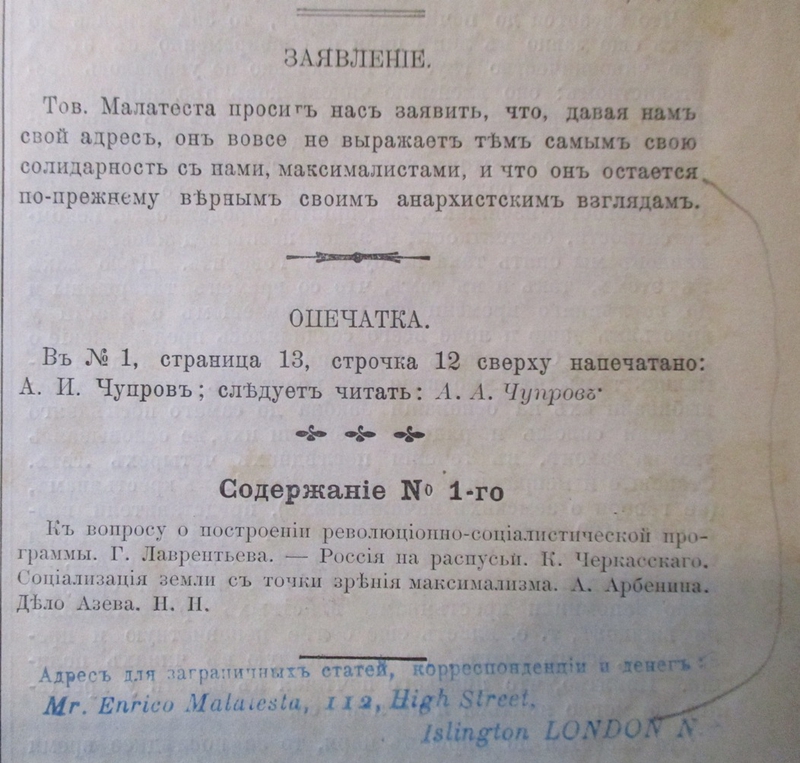 Comrade Malatesta had asked us to state that by providing us his address, he does not at all express his solidarity with us, maximalists, and he still remains true to his anarchist views. […]

Trudovaya Respublika was a short-lived publication of the Union of Socialist-Revolutionary Maximalists (Soyuz Sotsialistov-Revolyutsionerov Maksimalistov), a far-left splinter from the Socialist Revolutionary Party which operated between 1904 and the 1920s. The maximalists often had personal connections with the anarchist movement, and there was often close collaboration between them. Both issues of Trudovaya Respublika (№ 1 came out in January 1909) listed Malatesta’s address (with the additional suggestion, in the first issue, to write “For the Trudovaya Respublika editors” on the inside envelope), but he appeared to want to add a note of explanation lest he be considered a maximalist too. The paper was based in Paris (its price is listed in centimes), so Malatesta’s address in London was likely used just for forwarding correspondence.

The paper was consulted at the International Institute of Social History.