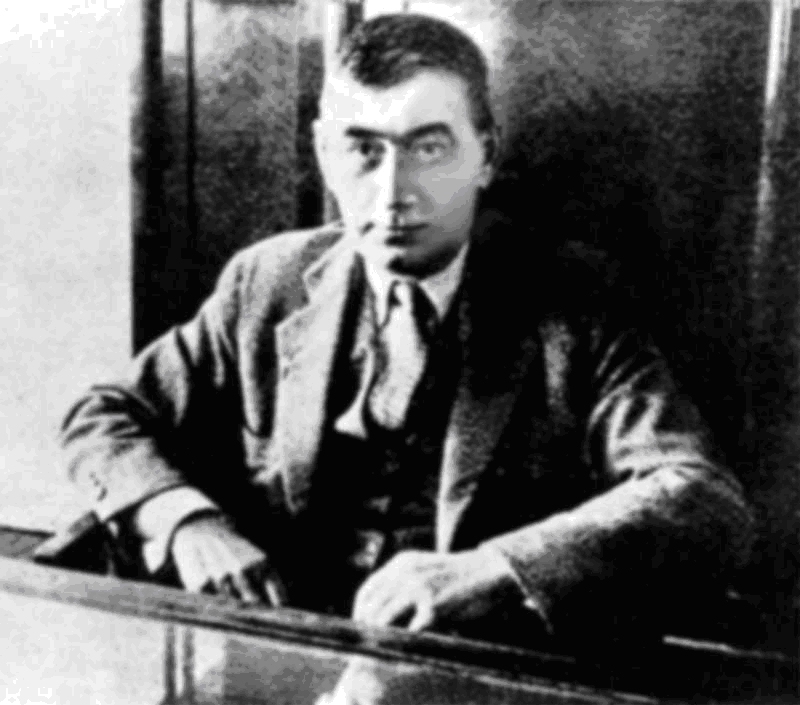 Stepan Semenovich Dybets (1887 – 1937) was born in the village of Novy Bug, Odessa district, Kherson province. An ethnic Ukrainian, he became the first director of the Nizhny-Novgorod automobile plant (1929-1932), later – GAZ [1]. His oral memories of events in Berdyansk in the first half of 1919 became known to us through their preservation by the well known Soviet writer Aleksandr Bek. The latter, at the beginning of the 1930s, worked on the “Cabinet of Memoirs” started by Maxim Gorky and had many conversations with Dybets, which were stenographed for the book of memoirs People of the Two Five Year Plans [2]. Incidentally, Bek himself also visited Berdyansk, but not until May 1951. As a result of this visit Bek wrote the fictional story Noviy Profil [New Profile], which was published in Moscow in the same year.

The young Stepan Dybets emigrated to America, where he lived for more than ten years. Beyond the ocean he worked as a instrument maker in a motion picture camera factory. In 1911 Dybets became an anarcho-syndicalist and joined the Industrial Workers of the World (IWW). Later he became one of the organizers of the newspaper Golos Truda, organ of the Russian anarcho-syndicalists in the U.S.A. [3] In 1917 Dybets returned to Russia. At first he worked in anarchist organizations in Kronstadt and Kolpino [4]. After their collapse he moved to Berdyansk, where he worked as a bookkeeper in the Russian-American engineering works [5]. Dybets changed his political orientation, transferring from the Anarchists to the Bolsheviks. Apostasy was not easy for Dybets, and he suffered terribly. It reached the point where he began to exhibit symptoms of mental illness. He completely clammed up and didn’t say anything for almost a month. He himself claimed that all this took place in the fall of 1918, but Lukyan Romanov [6] cruelly wrote that in March 1919 Dybets was still an Anarchist. It is in fact likely that Dybets became a Communist in March 1919, after the Communists took control of the city from the Makhnovists. Working to earn his daily bread, as least as a bookkeeper or routine worker, was clearly not to his liking. Subsequently he made a brilliant career among the Communists and then was pitilessly annihilated once he had exhausted his potential.

Dybets recalled that from the end of March 1919 he himself was the head of the Berdyansk Revkom [Revolutionary Committee]. While still in the USA he had become acquainted with Vsevolod Volin, who had become the leading figure in the Kharkhov-based Confederation of Anarchists of Ukraine (the “Nabat” confederation), which was on the point of moving to Gulai-Polye to carry on its work. This gave Dybets a certain degree of prestige in the eyes of the Makhnovists. Dybets had numerous conversations with Nestor Makhno during the latter’s visits to Berdyansk, which he later recounted to Bek in detail [7].

In the 1920s a group of workers from America, led by Big Bill Haywood and John Rutgers, travelled to the USSR and founded the “American Industrial Colony” in the Kuzbass [8]. Then Dybets was asked by Lenin to provide his services to them as a guide. In 1932-1934 he was already a deputy manager, and from 1935 he was in charge of the Central Board of the Soviet automobile and tractor industry, the “Soviet Ford”. Later he was repressed as a wrecker and an American spy. He was shot on November 26 1937. His widow – Rosa Adamovna [9] – survived her husband for a long time, and during the Khrushchev era she had several meetings with Bek.

In the 1950’s, Bek wanted to write an entire novel about Dybets, collecting a significant quantity of material, but death prevented him from realizing his dream. His related story “Such a job…” appeared in the magazine Novy svit (1967, no. 7). The complete version was published posthumously in the publication Sovietsky pisatel in 1973.

From V. M. Chop and I. I. Liman, Free Berdyansk . Translated from the Ukrainian and edited by Malcolm Archibald

[1] The Gorky Automobile Plant (GAZ) is still the leading manufacturer of commercial vehicles in Russia.

[2] This work was never published as a result of Gorky’s sudden death in 1936.

[3] Golos Truda [The Voice of Labour] was the main newspaper of the Union of Russian Workers in the United States and Canada, an explicitly anarchist organization. Dybets told Bek that the whole staff of Golos Truda joined the IWW, and that he received his red membership card from Big Bill Hayward in person.

[4] Dybets attended a Russian trade union conference in 1917 as an anarcho-syndicalist delegate.

[5] This was a plant established as a worker co-operative by Russian workers who had returned from North America after the Revolution. It was probably run on anarcho-syndicalist principles which would explain Dybets’s presence there.

[6] Lukyan Romanov (? – 1960), a toolmaker by trade, emigrated from the Russian empire to the USA, and then returned in 1917 with the group of workers who organized the Russian-American plant in Berdyansk as a co-operative. Unlike Dybets, Romanov almost immediately joined the Bolshevik Party; after the Civil War he made a career in the Soviet secret police. His memoirs of Berdyansk during the revolutionary period were written for the 40 th anniversary of the October Revolution, when there was a massive effort to preserve the recollections of Old Bolsheviks, i.e. Bolsheviks who had joined the party before October 1917.

[7] Makhno once intervened to save Dybets, who had been condemned to be shot by a revolutionary tribunal. Dybets attributed Makhno’s leniency (Dybets had admitted to killing Makhnovists) to a fear of reprisals.

[8] The Kuznetsk Basin (Kuzbass) in southwestern Siberia is one of the largest coal-mining regions in the world.

[9] The Jewish Anarchist Rosa Adamovna Dybets (1882 – ?) did not convert to Bolshevism like her husband. She met Stepan Dybets only after she emigrated to the USA following imprisonment in Ukraine for anarchist activities. At one time she had been in the same prison as Nestor Makhno in Yekaterinoslav. Shortly after her husband was shot, Rosa was sentenced to eight years in the camps; she survived and was released in 1945.