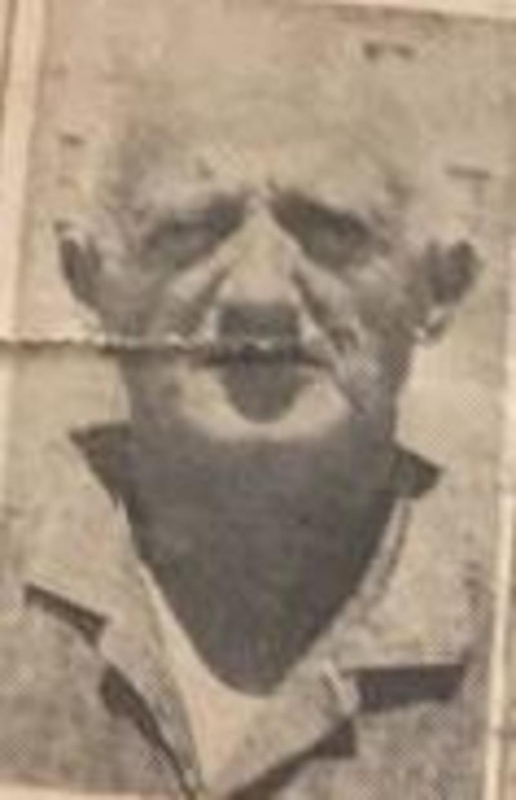 Greetings, readers. Here we are again with a topic which holds a special attraction for me. Here I am again on the soil I trod some years ago, the soil of Rioja to be specific. In the more than seven years that this blog has been around (previously hosted by Diagonal and latterly by El Salto) I have had only two major entries regarding La Rioja. Here I go now with the third; hence the attractions I mentioned earlier.

I have made a few amendments to the earlier article entitled Did nothing ever happen hereabouts …  or did it? By way of a tribute to the Riojan historian Jesús Vicente Aguirre, incorporating all the information I have been able to glean since then. Names connected with the French resistance have cropped up, names linked with the Spanish National Union (UNE) groups which operated initially in France and later inside Spain plus an unknown group that operated on the soil of La Rioja during the civil war, and even names linked to the groups of that great counterfeiter Laureano Cerrada. So, without further ado, down to brass tacks.

My initial introduction to La Rioja was Pon Prades’s book Guerrillas españolas 1936-1960, where, in a map showing the whole of Spain, the Sierra de la Demanda was pointed out as guerrilla territory. But my delight turned to disappointment when the book came to an end without a single mention of the ancient province of Logroño. My next encounter came in a book by the Civil Guard General Francisco Aguado, El maquis en España, and a table of guerrillas wounded, killed or arrested across several provinces of Spain. For La Rioja it showed only 4 definite arrests in the mid-1940s and those arrests of a group that was in transit.

Let me now set this article out in chronological order; to begin, let us start with lower La Rioja and start in July 1936. The best known group was the Cervera del Río Alhama group, thanks to the written account left by Dionisio Jiménez Álvarez. When the fascists entered that town about 600 people took to the nearby hills. Promises of pardons persuaded many of these to come back and some died behind bars; others were less fortunate and were murdered. Dionisio was a libertarian, as were the eleven comrades making up his group and, luckily enough, they shunned those promises. They belonged to one of the few armed groups that existed in La Rioja and they fired shots at any anyone who came into the hills in search of them. The band, which was forced to confront several ‘dragnet operations’ operated in the Valdeperillo and Carnanzún hills. We do not have the names of Dionisio’s comrades, other than that of his own brother Alejandro, who turned himself in and was finally murdered on 2 October.  By late September 1936 the group was down to four men and by early October there was only Dionisio left. In July 1937, he came down into Cervera and went underground until that winter when he took to the hills again. Come the end of the civil war, thanks to some Navarrese smugglers, he crossed the border and settled in France.

And now to newer findings and the story of Jacobo Macharowski Landau, a Jewish immigrant of Polish extraction who lived in Barcelona, belonged to the CNT and, prior to July 1936, arrived in Logroño to set up a shop. The Alzamiento (Rising) surprised him the capital of La Rioja and, thanks to the findings collected by his grandson, Alejandro, we have his very own version of what happened to him: “At 4.00 a.m. on the night of 17-18 July 1936, I heard a pounding on the door of my apartment. I rose from my bed and opened up. There were some soldiers on the stairs, members of General Franco’s ‘Falange’. I was informed that they were there to arrest me.

I was startled by this, as nothing out of the ordinary had happened in the city and life was proceeding normally. But there was nothing else for it. I got dressed and left with them. They ordered me on to a lorry parked on the street. There were some other men seated inside. From them I discovered that the Falange had that same night arrested all members of the political parties in the city: communists, anarchists, socialists, etc. And this was on day one of the Civil War.

They took us to an army camp where we were held until 23 July. That night, they picked out 11 of those arrested, drawn from every political faction, for removal by lorry to Pamplona. Similar batches had been removed on the preceding nights and we were convinced that there was more to this than a move from one camp to another, and that those men had been murdered nearby. Which I believe to this day.

There were 11 of us men in the lorry. Bound for death. We were guarded by soldiers. Before we set off, 5 of us made up our minds to make a run from the lorry, even should it cost us our lives.

On one bend, where the lorry had to slow down, one of us give the signal, we leapt down on to the road and scarpered. He could hear shooting from the soldiers when the lorry braked. I darted across the fields as quickly as I could and, given the darkness, could not see what became of the others. Whether they sustained gunshots or made good their escapes like I did.

I walked all night to put as much distance as I could between me and the Francoist-held area. By the time I had used up all my strength, I collapsed on to the ground and fell asleep.

Next morning, I spoke to some peasants, older folk, who told me that there were some republican fighters living on one of the mountains. I set off on foot in that direction and lo and behold on arriving at the crest of the mountain I found 17 fighters. I told them what had happened to me and naturally I immediately joined their ranks. They were short of arms and ammunition. They dreamt about mounting acts of war. But things were getting worse for us with every passing day, especially due to food shortages. In spite of everything we held out for nearly 6 months. Every night we would slip down from the mountains, looking for ways of attacking the Francoist soldiers, or destroying posts of significance to them.

Jacobo Macharowski managed to survive and later crossed into exile in France. There he ran up against the German invasion and, inevitably, he joined the maquis, serving with the ‘Robert Salvagnac’ group in the Tarn department.

On now to the feats of Riojans on the far side of the border. Remember that they had fled into exile from a war that they had lost, only to find themselves caught up in a wider war shortly thereafter, a war against the same enemy – fascism. Maybe the language was different and the flags were different, but this war shared the same ideology and barbaric methods as our home-grown Spanish butchers.

The first one we meet is Briones resident Ismael Basteta Ugarte, a member of Izquierda Republicana (Republican Left); after suffering the concentration camps of the French he wound up in the anti-German resistance, albeit with a group unknown and we also do not know the department in which he operated.

CNT member Ruperto Rozas Torralba from Fuenmayor not only survived an attempt to shoot him by throwing himself off a bridge on the outbreak of the civil war but later went on the run with fellow libertarian Mateo Oca Martínez (the latter was murdered in Álava in September 1936). Ruperto crossed the border via Navarra with some smugglers in the autumn of 1939. Later he endured the inevitable French concentration camps and the Compulsory Labour Companies before finally joining the French resistance in central France.

Further to the role played by Riojans in the French resistance, we have the case of ‘el Riojano’, a CNT member from Arnedo who started off as a guerrilla in the Puy de Dome area in the Massif Central near Clermont Ferrand, one of the guerrillas of the Unión Nacional; he went on to become a sector commander in the Pyrénées Orientales, in the Aude and Ariège departments. A daring and imaginative leader, he showed no nerves when it came time to see off the Nazis. At present, all we know about him is his nickname el Riojano but I am hopeful that his name will surface sooner or later.

And now to new findings. Let us start with an anarchist member of the maquis, born in Anguiano; his name was Basilio Hernáez Armas aka Armas. A CNT member he worked on the well-known L’Aigle dam construction site in the Cantal department where he joined the resistance groups that took to the hills. He finished the war as a member of the Didier Battalion, together with 150 other Spanish libertarians.

Some Riojans not only saw action in France but were also later involved in the trans-Pyrenean incursions between September 1944 and the subsequent infiltration of guerrilla teams. Julián Francia Sáez, a native of Logroño, was one of those UNE guerrillas. In France he saw service with the 102nd Division and, when the time came to enter Spain, he served in the No 5 group of the 505th Brigade.

José Sánchez, born in 1917, was from Briones. Whilst in exile in France he joined the 21st Brigade in the Gard department and had the honour of fighting in the celebrated battle of La Madeleine in late August 1944.

José Flores Sánchez aka Flores was born in Bañares on 3 January 1919. He had left for exile and joined a band of resisters in the Dordogne. Different political factions rubbed along quite happily there. José Flores died alongside three of his men, he being the group commander, at the hands of the French Gardes Mobiles in the vicinity of Veyrines-de-Domme on 16 March 1944.

Cecilio Barragán Pablo came from Enciso. He took part in the trans-Pyrenean incursions with the rank of sergeant with the 241st ‘B’ Brigade and was taken prisoner during the hostilities.

And, to round off our sortie into Rioja-flavoured guerrilla activity, let us leap forwards to April 1948. The CNT-in-Exile’s Coordinating Secretariat – essentially the conspiratorial branch of the Libertarian Movement in France – dispatched a group guided by the expert Navarrese people-smuggler Leonardo Glaria. The group was supposed to be shipping weapons into Aragon.

Also on Aragonese soil and again in 1948, we find Luis Fernández Robla, the right-hand man of Laureano Cerrada Santos; he was setting up a front company – Transportes Galicia S.A.– the subject of a separate entry in this blog. Anyone interested in it should refer to https://www.elsaltodiario.com/ni-cautivos-ni-desarmados/la-empresa-de-transportes-galicia-sa. When the police dismantled the CNT’s underground set-up in Zaragoza in August 1948, one casualty was that haulage company and one of those arrested was José Medina Royo, a Logroño native born in 1912, a mechanic by trade who had allegedly been working for the firm as a mechanic. What happened was that this mechanic had served in the civil war as a lieutenant, been jailed for that and, on release from prison, immersed himself wholly in the clandestine struggle in Barcelona up until he was forced to cross into France. He returned to Spain, only to be jailed once more, albeit for a short time, and then settled in Zaragoza. Picked up in the raids in August 1948, he stood trial in July 1949 and was given a 12 year prison sentence.

So much for our little excursion to La Rioja and the guerrillas on this occasion. I hope that I can add further data and names in later entries in this blog, but we shall see … some things are well hidden  … we shall see next time. So long for now.

Image credit: Photograph given by his grandson Alejandro, of the guerrilla and libertarian resister Jacobo Macharowski.