Bob D’Attilio is gone: The American "memory" of the Sacco and Vanzetti case 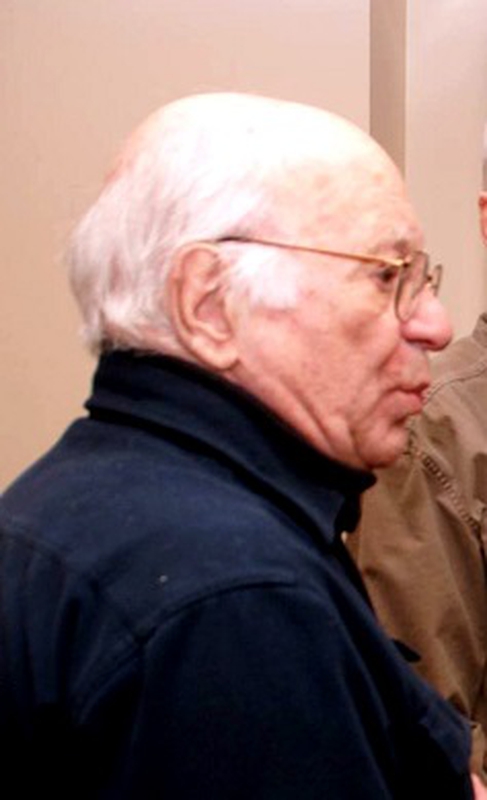 The news came suddenly and contained the rituality of those compassionate words that leave a lump in your throat and prevent you from going further: Bob D’Attilio is dead. He left suddenly, in silence and solitude, found lifeless in the apartment where he lived alone, in a town on the outskirts of Boston. This was news that leaves you speechless, communicated almost in a whisper by a mutual friend, Jerry, one of the members of the “Sacco and Vanzetti Commemoration Society” of Boston, with which I maintained collaboration, fruitful and constant, which has lasted since the foundation of the Society in 2007, on the occasion of the commemoration of the 80th anniversary of the execution of Nick and Bart. No other details of Bob’s death are known.

Bob, a long-time widower but still faithful guardian of his mother-in-law, who survived his wife, was a profound lover of freedom, a man of anarchist ideals and a scholar who dedicated his daily life to the tireless search for historical documentation on the case of Sacco and Vanzetti. No one in the world had more of an accurate and profound knowledge of the details - even the most hidden - of the now centennial case of the two Italian emigrants executed in the United States in the 1920s.

In the early seventies, Vincenzina Vanzetti had spoken to me with friendly confidence and sincere reverence: she considered Bob a friend, a very valuable ally, almost one of the family. She always recounted it with respectful attention, citing it whenever the key to the problem affecting his brother’s story became difficult or almost impossible. D’Attilio was the one who always managed, even in the most complex circumstances, to find a solution, to discover the way out, to make sense of words and justify the facts. His name, albeit incorrect, had been mentioned for the first time by Alfonsina Brini in a letter sent to Vincenzina: at the beginning of the sixties, he told of this Italian-American, that he was a “serious and recommendable person”, who had gone to visit her and had approached the case of Nicola and Bartolomeo, because he had undertaken to study it and had in mind to deal with it thoroughly in a publication. It was for this reason - always according to Alfonsina’s words - that sooner or later he would show up with a letter and, later, during his trip to Italy, he would arrange a visit to Villafalletto.

The name of Bob (Robert) D’Attilio, for me, being a young neophyte of the Sacco and Vanzetti case, immediately became a reference, to be mentioned, remembered, reported and entrusted to the memory of the history of the two Italians. Around him revolved the spirit that had animated the historic volunteers for the cause of Nick and Bart. A voluntary world, somewhat anarchic, subversive, but also religious, which he continued to keep alive - with research, conferences, demonstrations, lessons and various initiatives, even taking sides openly and against the tide against those initiatives that he did not consider justified - the memory of that painful passage in the electric chair which took place the night between 22 and 23 August 1927 in the Charlestown prison.

In more recent times, already in the new millennium, the opportunity led me to meet him personally by e-mail. It was very emotional. He, the custodian of an immense “memory” of material and testimonies about Nicola and Bartolomeo and the movement connected to them, conversed with me with extreme simplicity, friendship and confidence, a little in English and a little in very bad Italian, often going into jokes that reminded us how even a smile, in bitter circumstances, must prevail. He had told me of his anarchist origins and past, undertaken under the guidance of an exceptional mentor, Raffaele Schiavina (alias Max Sartin) - an exiled man who lived for his entire life in total anonymity -, already a friend of Sacco and Vanzetti. Bob accompanied him until the end of his days (which took place in 1987) in the discovery of the universe of anarchism and in the enhancement of the human heritage that libertarian ideology had historically brought into play. Schiavina, expelled from the United States with Luigi Galleani, had been among the American editors of the “Cronaca Sovversiva” (edited by him in the Italian re-edition), among the founders (together with Galleani himself) of the Arditi del Popolo in the Vercelli area, among the activists of the Sacco and Vanzetti movement in Paris and, finally, an anonymous exile forever, among the chief executives of the American newspaper “L’Adunata dei Refrattari”. This was D’Attilio’s school.

The story he told me of the case of Nick and Bart, always detailed and scrupulous, attentive to a thousand details, was full of news, anecdotes, testimonies, which he had collected for a lifetime, ordered and cataloged, made available for a story of the event that he had never managed to publish. His answers to my questions were always quick, charming and kind. Always seasoned with a bit of sarcasm and a lot of realistic “verve”. Never a word too many, an exasperated tone, a rancorous sentence with someone: in respect of everyone, his speech unfolded jumping from topic to topic trying to be exhaustive and, above all, always recommending to point to the key topics and leave out the particularities , intended only to confuse ideas.

It was never exhaustive: every “mail”, however long it was, was always insufficient to contain all the answers, to ask all the questions. The reference was constant. The speech opened one day to close the next day or week. Very lucid in his memories, precise and detailed in his testimonies, rigorous in supporting theories supported by him alone, unable to tell perhaps imaginative details, Bob ranged in his stories recalling the figures he had known, always recommending respect for the truth and supporting the need to keep alive, through studies but also with events, the injustice suffered in the “promised” land by the two unfortunate Italians.

Lately, his communications had become somewhat rarefied. He had an operation on one leg that complicated his mobility. This together with the difficulties in coping - given his age - with all the tasks in solitude, had made him a little more fragile, more absent. He was the one who asked me the questions and always complained about not finding the time to give me the answers. He postponed from time to time, promising to be able, sooner or later, to satisfy all my wishes. He closed his communications by inviting me to drink with him a good glass of grappa, a memory of his Italian lands.

Now the dialogue has closed. My questions, the ones I asked and those I was holding back for better times, will remain unanswered. I will have to go through bitterly, along the details of the case, through all of our long dialogues, order them and organize them in order to consolidate and codify unrepeatable testimonies. The hope is that all the material collected by Bob over the decades on the Sacco and Vanzetti case will not go missing, find its destination in some public foundation and can be made available to all scholars and researchers.

For Nick and Bart’s case it was a great loss. For me, farewell to an authoritative friendship.

Posted in Italian in the Sacco and Vanzetti Commemoration Society Facebook group on 26 November 2020.
http://saccoandvanzetti.org/sn_display1.php?row_ID=135