Memories of a Makhnovist Partisan 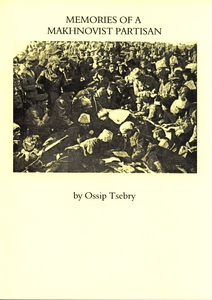 Nestor Makhno was an anarchist partisan who rang rings round both Red and White armies during the Russian Revolution and Civil War. He fought for land and freedom, against the old tsars or the new commissars. Thousand of peasants took his name as a rallying call in the fight to deliver themselves from bosses, old and new. This is the story of one such fighter.