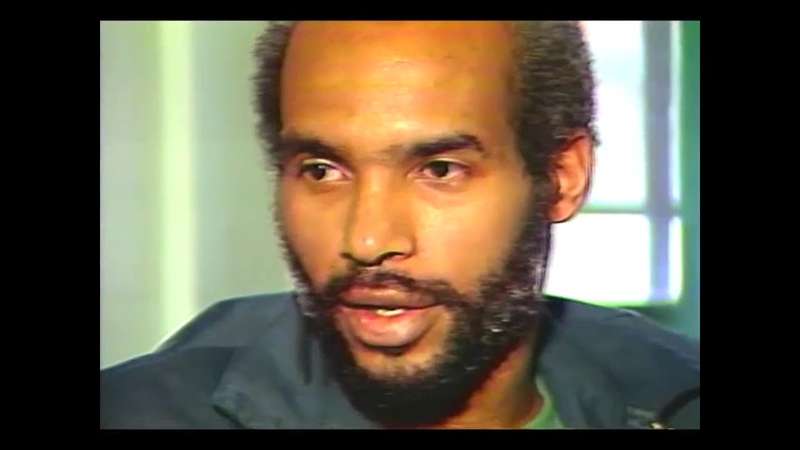 When I ﬁrst read this essay it was in pamphlet form, and it felt electric to me, like anarchist writing should feel. (1) I was in some musty corner of the old Oakland AK Press warehouse I believe, and as I excitedly pawed through the slim volume I was bowled over and invigorated. The explicit uniting of the Black Liberation struggle with revolutionary anarchism (or maybe it’s the other way around) argued for here is so clear and unapologetic, and exciting. Re-reading it still makes me feel like everything is possible and the revolution is just around the corner.

The short essay was written from behind walls, and reads with the impatience of an action-oriented person cut off from the ﬁeld of action. It was in connection with a BLA-led expropriation attempt (in concert with former Weather Underground members, collectively calling themselves the Revolutionary Action Movement) that Balagoon and several others were captured in early 1981. Kuwasi was convicted in September, 1983. This piece seems to have been written in early ’83 judging from the topical references (though I do not know the exact writing date). It is a founding document of what would come to be known as New Afrikan Anarchism, a tendency within recent anarchist history that has increasingly found fertile soil in subsequent decades.

Within, Balagoon talks to the reader with understandable urgency: he saw himself and his Black Liberation Army comrades as ﬁghting a war for liberation on behalf of an oppressed internal colony within the ‘united states,’ and himself as a prisoner of war. He dispenses with the theory quickly to get on to his main points, but in doing so elucidates the heart of anarchism more clearly than several pages worth of academic acrobatics would:

“Of all ideologies, anarchy is the one that addresses liberty and equalitarian relations in a realistic and ultimate fashion.”

Kuwasi is more interested in a theory of action than in theory for its own sake. His life, after all, was one of almost constant activity since his time in the military. From directly confronting racist soldiers and ofﬁcers in the Army, becoming an organizer active in tenants’ struggles in Harlem, joining the Black Panther Party, his political education—from soldier to activist to Black nationalist to revolutionary anarchist— had been largely gained through lived experience. Clearly he never stopped thinking for himself, and was reticent to accepted any authoritarian tendency, even including that of some within the BPP, whom he calls out here in the context of the notorious ‘Panther 21’ case, of which he had been a defendant.

“…How could they neutralize the courage and intellect of the cadre? The answers to these questions are that the cadre accepted their leadership and accepted their command regardless of what their intellect had or had not made clear to them. The true democratic process which they were willing to die for, for the sake of their children, they would not claim for themselves.”

As he moved through being a cadre to becoming an anarchist, he remained committed to anti-colonial struggles, including that of New Afrikans, as well as to his comrades. He also remained true to himself, living a revolutionary life in all senses: as a revolutionary anarchist, a Black Liberation soldier, and a queer man, his very existence threatened a society based on racist, gendered atomization and bigotry, and undoubtedly challenged some of his own comrades as well. One gets the sense Kuwasi wouldn’t have it any other way.

The pamphlet didn’t come with footnotes (at least not that I remember), so I was pretty confused at ﬁrst about many of events referenced within, which serve both as time-stamps for the document and evidence of his central arguments. These include the aforementioned Panther 21 case (2), the Overtown rebellion (3), the Canadian anarchist saboteurs Direct Action (4), etc. All of these references seemed like some mythical codex to me when I ﬁrst read them, which only added to the excitement and mystery of the writing.

But the thrust of the argument remained, and remains, intact. This is an urgent call to arms by a captured revolutionary. It is also an explanation—by way of exhortation—of a radical politics at the nexus of Black liberation and anarchism. Balagoon expresses his impatience with the inevitable pitfalls of authoritarianism, both through his own experiences as a Black Panther and through 20th century and contemporary history (citing for example Communist China’s involvement in repression of anti-colonial struggles in Angola and South Africa). It seems he is seeking to explain to his Black nationalist and New Afrikan comrades how, or at least why, he came to anarchism. At the same time he calls on all anarchists to not sit out anti-colonial struggles as not being of purely anarchist origin:

“It is beside the point whether Black, Puerto Rican, Native American, and Chicano-Mexicano people endorse nationalism as a vehicle for self-determination or agree with anarchism as being the only road to self-determination. As revolutionaries we must support the will of the masses.”

The title of the article itself implies a clever double-meaning: unless anarchists act in meaningful solidarity with communities ﬁghting for liberation from racist, colonial, and class oppression, we should neither expect nor deserve reciprocal solidarity ourselves. More than that, it is simply the duty of those who take up the cause of anarchism that we follow the thread to its ‘ultimate’ conclusions, which of course means struggling not just alongside self-described anarchists, but in solidarity with all of the exploited and oppressed.

Near the end of the article he sets down a list of constructive efforts anarchists and revolutionaries should undertake in their communities, which brings to mind echoes of another great ﬁghter, Durruti: Anarchy can’t ﬁght, or build, alone.

Sadly, Kuwasi died in prison on December 13, 1986. We can only wonder where his unwavering revolutionary anarchism would have taken him…and us.

(1) It was also printed in a posthumous collection of writings by and about Balagoon entitled ‘A Soldier’s Story’ originally published by Solidarity; an expanded edition was republished by PM Press in 2019. https://www.pmpress.org/index.php?l=product_detail&p=884 [You can read the essay online at https://kersplebedeb.com/posts/anarchy-2/].

(2) 21 NYC-based leaders and activists of the BPP were arrested and indicted on a wide-range of mostly bogus conspiracy charges in 1969. Tensions arose during pre-trial between the California-based national leadership and some of the 21 who were formally purged from the Party while awaiting trial. Most of the defendants—though not Balagoon—were found not guilty of all charges.

(3) A multi-day riot began in the Overtown neighborhood of Miami in May 1980, in response to the acquittal of police who beat to death a Black man named Arthur McDufﬁe.

(4) Direct Action was a Canadian collective that sabotaged a weapons manufacturing plant and other targets. Several members were arrested in January 1983. The last lines of this pamphlet seem to refer to those events: “…I refuse to believe that Direct Action has been captured.”