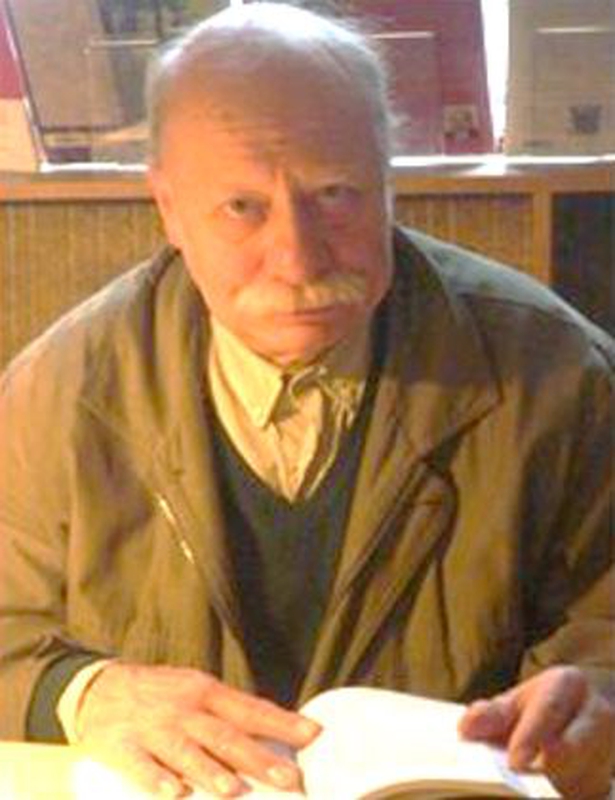 We salute the memory of Alexandre Skirda, historian the Makhnovist movement, the Kronstadt revolt and other anti-state tendencies of the Russian revolution.

Frank Mintz paid him this tribute:

“He sold used books and devoted himself to historical research (without participating in groups and university circles) and, by his seriousness, his objectivity and his analytical capacity, he became an anarchist historian. He dedicated a very large part of his life to publishing and translating into French texts of revolutionary Russian anarchists (Gorelik, Yartchouk [Yarchuk], Makhno). […] Skirda’s is a life that restores revolutionary pages that will enlighten us for decades to come!” [see http://www.fondation-besnard.org/spip.php?article3618 for the French text; http://www.fondation-besnard.org/spip.php?article3617 in Castillian].

Huge though this achievement was, we would also like to remember his other contributions to anarchist history. Our comrades at AK Press published his Facing the enemy : a history of anarchist organization from Proudhon to May 1968 and we were very proud to print the translation of his eyewitness account (as Le Flûtiste /’the flute player’) of The Anarchists in Paris, May-June 1968.

Here we reprint the tribute from Le Monde Libertaire.

Following a long illness, our friend, our comrade, Alexandre Skirda passed away at the age of 78 years. Has he gone to the banks of the Dnieper to join Nestor Makhno, like him a descendant of the Zaporozhian Cossacks?

His interest in this region and his knowledge of the language had enabled him to get to know the revolutionary peasant movement in southern Ukraine, heir to several centuries of direct-democratic practice. In books such as Nestor Makhno – Anarchy’s Cossack: The Struggle for Free Soviets in the Ukraine 1917–1921, (Nestor Makhno, le cosaque libertaire) he showed how in this period the creation of free municipalities aimed to establish a stateless society, and the way in which the Bolshevik State then destroyed them – eliminating in the process the Revolutionary Insurrectionary Army of Ukraine, which had made it possible to defeat the reactionary Whites.

Even today the name of Alexander Skirda winds up the majority of Trotskyist militants, who cannot forgive him for having revealed the way in which the Red Army, sent by Trotsky, crushed the Municipality of Kronstadt, which wanted for Russia a direct, federalist democracy, and declared on March 8th, 1921:

“It is here in Kronstadt that the first stone of the Third Revolution opposed to the bureaucratic order of the Bolsheviks was laid, leaving behind the dictatorship of the Communist Party, the chekas and state capitalism.”

By publishing Kronstadt 1921: soviets libres contre dictature de parti [Kronstadt 1921: Free Soviets Against Party Dictatorship], he granted at long last the wish of Stepan Petrichenko, president of the Kronstadt Provisional Revolutionary Committee: “They can shoot the Kronstadians, but they will never be able to shoot the truth of Kronstadt.” His research enabled him to write several books on this historical event, which have been the subject of translations in various countries and numerous re-editions, enriched by new documents. Most recently he had translated and presented Kronstadt dans la révolution russe [Kronstadt in the Russian Revolution] by Efim Yarchuk, [expanded edition, Noir et Rouge, 2018.] Yarchuk, one of the principal organisers of the Kronstadt anarchists, describes how he lived and dedicates his work “to those who shed their blood during the revolution of 1905 for the complete emancipation of the proletariat from the yoke of capital and authority. To those who fought in February and July 1917 against the masters of the world. Those who let themselves be deceived by the slogans of the proletarian state soon raised their arms against the new masters, the Bolsheviks. In memory of those who perished on the road leading to the Society of Free Men: Anarchy.”

Having had the opportunity to see that mountain of documents which fed his books, those mentioned here being only a part, we were able to measure the importance of his historical work revealing what has long been hidden – as much by the “whites” as the “reds” – about a revolution which had consequences, for decades, on the workers’ movement in many countries.

We will not forget Alexandre Skirda, that essential historian of the Russian revolution, and also the anarchist activist who, from the 1960s, led the Anarchist Study and Action Group.

“The dead live on, and with them, the dreams they carried”, Gustav Landauer.