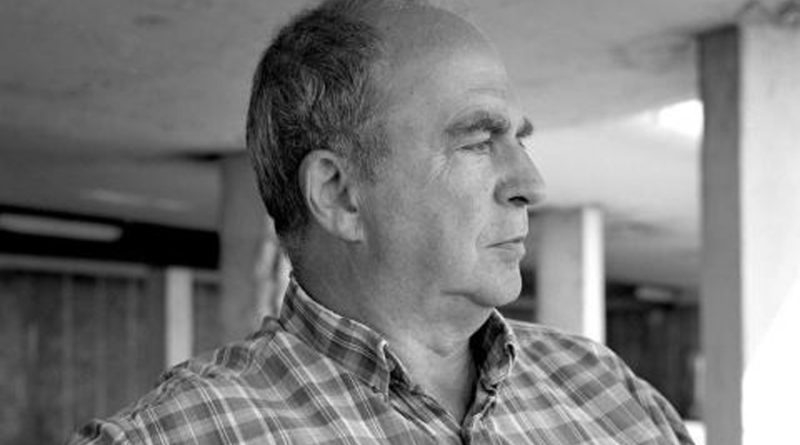 Not an easy year, 2020. For a variety of reasons, we are watching the disappearance of a generation that marked this country’s recent history. Whether as a result of the Covid-19 pandemic or to terrible illnesses, we have lost a part of their first-hand accounts of events of import.

One such individual who left us recently was Stuart Christie. On 15 August, Stuart’s heart stopped beating following an awful illness that finished him off in short order. His death triggered a flurry of condolences and memories, indicating the importance of the man we had lost. We are grateful for this short space in which to remember Stuart in his proper context, in the terms of the importance of the work he did and its implications for our recent history.

In all of the obituaries of Stuart that have appeared, whether in the general press or in more militant publications, there has been one thing highlighted above all others: Stuart Christie was the British anarchist who back in 1964 attempted to assassinate the dictator Franco at the Santiago Bernabeu stadium. And, to be sure, Stuart, whose acquaintance with anarchism had been building for some time by that point, had been in touch with Spanish exile circles in France and had volunteered to take part in an attempt that might end the life of a dictator who had been ruling over the country through heavy repression since 1939. Stuart set out all of these details in an autobiographical book about the incident called General Franco Made Me A Terrorist (published in Spain as Franco me hizo terrorista. Memorias de un anarquista que intentó matar a un dictador). No need, therefore, to labour that point, upon which so much ink has been expended. So, let us refer the reader to Stuart’s work in the round.

There was much more to Stuart Christie than somebody who tried to kill Franco. Born into a working-class family in Glasgow, it was in his very earliest youth that he came into contact with local anarchist groups and, enthused by his study of anarchism, he had no hesitation in contacting various libertarians around the world. He always subscribed to the working-class anarchist tradition. As mentioned, his association with the Spaniards during the 1960s was overshadowed by the execution within Spain of Francisco Granado and Joaquín Delgado, anarchists from the Libertarian Youth, who were executed by garrote vil in August 1963.

The fact that he failed in his attempt to eliminate the dictator did not spare him from a passage through Spanish prisons, having dodged the death penalty. In Carabanchel, where he came upon lots of anarchists and communists, though no socialists (as he liked to point out) he worked in the prison print-shop, learnt Spanish and studied for admission to a British university. In spite of all of which he secured his release in 1967, thanks to international pressure bought to bear to get him released, a lobby that involved such first-class intellectuals as Bertrand Russell or Jean Paul Sartre.

On returning to the United Kingdom, Stuart carried on working in the field of anarchism and was in the sights of the British police who fabricated evidence showing him to be a member of the notorious Angry Brigade. Even though none of the charges could be made to stick and he was acquitted, he spent 18 months in custody in what was one of the lengthiest trials in British history.

But there was more to Stuart than his committed activist anarchism which prompted him to resurrect the Anarchist Back Cross to defend libertarian prisoners worldwide. Realizing that the best way of spreading anarchist beliefs is through education, and in line there with anarchism’s most classical values, he committed himself whole-heartedly to the study of anarchist history, launching one of the most significant imprints in the field – Cienfuegos Press – and publishing out of the Orkney Islands, in remotest Scotland, due to persistent police harassment in London. And not just books, but also newspaper projects as vehicles for his beliefs.

There is so much that we might highlight about Stuart. He was the first in his family circle ever to attend university; in the early 1980s he made his way to Queen Mary College (University of London) where he studied History and Political Science – and that decision too was influenced by his contact with Spanish anarchist exiles in London; at the Centro Ibérico he made the acquaintance of Paul Preston who was then lecturing at that university. And then there was Stuart’s preoccupation with familiarizing himself with the history of anarchism, often focusing on the history of Spanish anarchism. Out of this came one of the few books currently in existence dealing with the Iberian Anarchist Federation (FAI); We the Anarchists. A study of the Iberian Anarchist Federation (1927-1937), published in Spain by the University of Valencia Press along with lots of other writings. From very early on, Stuart was concerned at the resurgence of far right groups across Europe and at the strategies these employed in the 1970s and 1980s. Given the panorama in Europe and worldwide with the rise of such groups, such vigilance remains relevant.

Likewise, his first-born venture, Cienfuegos Press, was followed by Christie Books, an imprint that he carried forward right up until his death. He was a highly educated man, a tireless, yet patient publisher, a great lover of words with a belief in their ability to work changes in human beings. And it was not just any old imprint, as Christie Books, ahead of the curve where E-publishing is concerned, made classics of anarchist history accessible on-line, translated into English by Christie, relying on those versed in the history of Spanish anarchism. Thanks to Stuart, we got to know English-language versions of books such as The CNT in the Spanish Revolution, the complete works of Antonio Téllez (to date the leading expert in the anarchist maquis) or lesser known but no less significant works such as ¡Teniamos que perder! by García Pradas. Here we ought to highlight the great work also carried out by his good friend Paul Sharkey, a fine translator.

Stuart was a loyal fellow, loyal to an ideal, a cause and to his friends and comrades. But allow us to highlight something else from Stuart’s curriculum vitae. Above all else, this dyed-in-the-wool Scottish anarchist, was a kindly person, with a great sense of humour. Affable and approachable, fond of hearing and lending an ear. Who never hesitated to put a question when there was something he did not understand and who was constantly learning.

The international anarchist movement has lost a great stalwart. And the loss of the man, the activist and the intellectual will be sorely felt.

May the earth sit lightly upon you, Stuart.