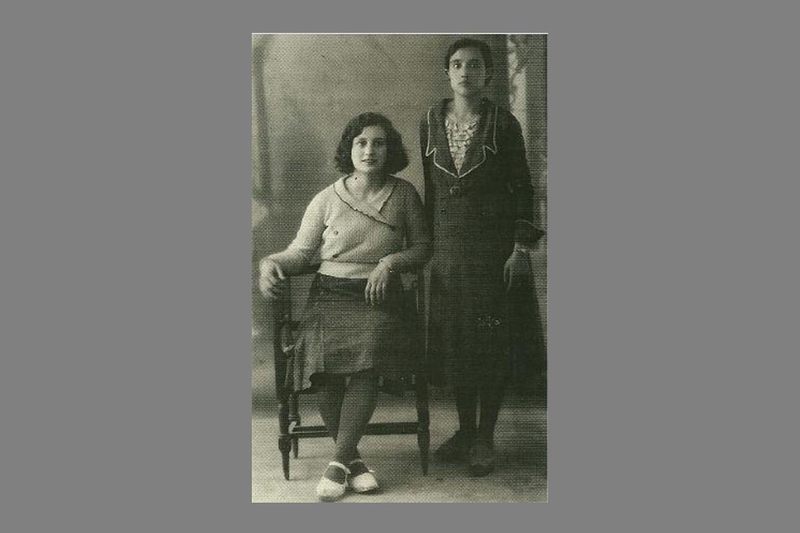 She never did get to see her child, wrested from her in 1940 and she was sentenced to death in 1942, without proof of any of the serious charges levelled against her

One of the first women executed by shooting by the Franco regime in Madrid and quite possibly the last one, executed in Paterna (Valencia) had this much in common: they were both libertarians and both had given birth a short time prior to their being murdered.

The Madrid victim was born in Valladolid in 1909 and she was María de la Salud Paz Lozano Hernández. She was placed in the Las Ventas prison in 1938 after giving birth to a son five months earlier. The child died of broncho-pneumonia, according the to the death certificate issued by the prison physician on 16 January 1940. Its father, Florentino Salcedo, himself a prisoner in Santa Rita prison, was shot in the Eastern Cemetery the following day. On 19 January, it was the turn of his partner María Lozano. Just two of the 3,000 named victims shot by the Franco dictatorship, their names removed by the current right-wing city government in November 2019 from the location of the democratic memory site at the Eastern Cemetery, at which tribute was paid to them on 5 July last.

María Pérez Cruz (b. Teruel, 1917) was nick-named La Jabalina because her mother came from Javaloyes in the Sierra de Albarracín. When María was just 6 years of age the family had to move away to Sagunto in search of better living conditions. There, amidst great labour disputes, María and her five brothers worked from childhood and at the age of 17 she joined the Libertarian Youth. During the civil war, she was a nurse with the Iron Column made up of anarchist militians and she helped set up its field hospital and was wounded in the leg in the battle of Teruel. The column went on to become (by order of the government) the 83rd Mixed Brigade of the Republican Army and as part of the change-over women were banned from the front lines. María then supported herself by working in an arms plant in Sagunto and in a steel plant in Cieza, up until she was arrested by the Civil Guard on 23 April 1939.

Her head shaved, she was frog-marched through the streets of Sagunto. After the usual interrogation she was then released, only to be jailed later in the prison for her refusal to sign off on the statement drafted by the military judge-captain; she insisted that the contents were false. On 18 January 1940 she was committed to the makeshift prison set up in the Santa Clara monastery, before being transferred in January 1942 to the Provincial Women’s Prison in Valencia. Two years earlier she had given birth to a child on 9 January 1940 in the Provincial Hospital in Valencia, but she never got to know or see it. It was more than likely one of the children stolen at that time and handed over for adoption to families supportive of the winning side and of its Catholic-Nationalist cause.

At the court martial held on 28 July 1942 María Pérez La Cruz was charged with aiding and abetting rebellion, co-habiting and being of an immoral, hot-headed character as well as championing republican values and showing contempt for the rebel troops. She was even blamed for the murder of the Bolivian consul in Valencia, even though no such consulate had ever existed in the city, as well as nine other offences (the killings of no less than eight priests plus a deputy) – this during a time when María had been hospitalized following her war wound. Even the Valencia Provincial Hospital’s head of Traumatology, Francisco Martín Lagos, certified that she had been admitted with a fractured femur as the result of a gunshot. And even the local Falangist leaders stated that “she had no hand in these crimes”. The identity of those who ‘turned her in’ has never come to light. Severiano Jiménez Basarte, a nurse at the Steel Industry Hospital in Cieza vouched for Maria’s impeccable conduct.

In spite of all that, the Court Martial sentenced María Pérez Lacruz to death in accordance with a verdict handed down on 29 July 1942 by that court. The verdict made no mention of criminal acts, just of a few offences that generally did not merit the enforcement of a capital sentence – “aiding and abetting rebellion and disaffection from the [Francoist] Movimiento”. With another six male prisoners, she was shot up against the wall of the firing-range in Paterna. She was 25 years old and two bullets, one in the head and one in the chest, ended her life.

The life and death of La Jabalina were rescued from oblivion a few years ago thanks to two books plus a stage play. Manuel Girona wrote Una miliciana en la Columna de Hierro:  María ‘La Jabalina’ and Rosana Corral-Márquez penned a novel entitled Si me llegas a olvidar. Lola López wrote the play María La Jabalina. All three texts offer a detailed rebuttal of the charges levelled at their protagonist and highlight the falsity of the charges.

María La Jabalina’s son or daughter, if still alive, would be 80 years old. Thanks to research carried out by Manuel Girona, we know that on 9 January 1940, following the libertarian militant’s nine month pregnancy in prison, the professor in charge of obstetrics informed the hospital director that María “is ready to be discharged”. She was then returned to the women’s prison in the Santa Clara monastery; María was a young mother, aged 22.

Her prison record contains documentary proof that the inmate had given birth, but there is no trail for the child. According to historian Ricard Vinyes (author of Irredentas, Temas de Hoy, 2002), “it was in actual fact a rather unscrupulous practice for the offspring of female inmates to vanish after delivery.” In Vinyes’s view, the three prisons in Francoist Valencia (the Provincial Women’s Prison, the Santa Clara monastery and the El Puig Reformatory) were “loss-of-family danger zones” since there are “no registers listing the children who entered those prisons with their mothers.”

Added to which a lot of breastfeeding mothers – as María would have been, had she been given the option – had husbands who were also behind bars or who had been shot and they had no chance of handing their children on to relatives. In the case of children over the age of three, the new authorities had empowered their new state to remove the children of republican female prisoners from their mothers and to place them in public or religious homes, thereby robbing the parents of the raising of their offspring, who might be re-educated in the principles of the regime that had made orphans of them.

María Lozano, whose baby perished of cold and poverty in La Ventas prison before it was a month old, was the first woman shot by the Franco dictatorship at about the same time as her husband was being lined up against the wall of the Eastern Cemetery in Madrid, a place of which the radical right majority on the city corporation is so afraid since names like María Lozano and Florencio Salcedo speak to the memory of the barbaric repression that came at the end of the civil war “when the laughter of springtime returned.”

María Pérez Lacruz was the last woman murdered by the dictatorship. Murdered up against the wall of the firing -range in Paterna, after they had stolen her baby from her, a baby which – if still among the living – would today be an eighty year old man or woman, ignorant of the names of the people and circumstances attending his/her birth. The stealing of the children of the vanquished was the vilest twist in the victors’ heartless repression. Not only did they bury the victims of their crimes unnamed in ditches and culverts so that they might proceed with impunity but they also snatched children from the wombs of their mothers in order to trifle with their fates and cove up their roots.

It is estimated that some 30,000 children were stolen and had their identities altered in Spanish prisons and hospitals during and after the civil war. The son or daughter of María Pérez La Jabalina was one of them. Benjamín Prado wrote a novel about this dark page in the darkest history of Spain – Mala gente que camina, I think it was – as well as an article entitled “May the child-stealers not see the light of day”. It opens with this quotation: “You can plant a flag in [the soil of] impunity, but flowers refuse to grow there.”