The Assassination Attempt On Franco From The Air, 1948 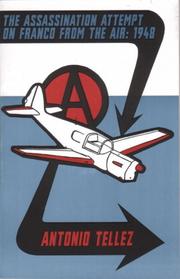 The course of Spanish History might well have been changed on Sunday 12th September 1948 on the second day of the fishing boat regatta being fought out at San Sebastian before the eyes of General Franco. A group of Anarchists in exile had laid their plans that the chief of state should die in the waters of La Concha bay beneath a hail of incendiary and shrapnel bombs dropped from a light aircraft. With a preface by Albert Meltzer on the Spanish Anarchist resistance and tributes to Laureano Cerrada Santos (from Black Flag) Antonio Téllez (1921-2005), the chief chronicler of the Spanish anarchist resistance, author of Sabaté: Guerrilla Extraordinary, Facerias and The Anarchist Resistance to Franco.