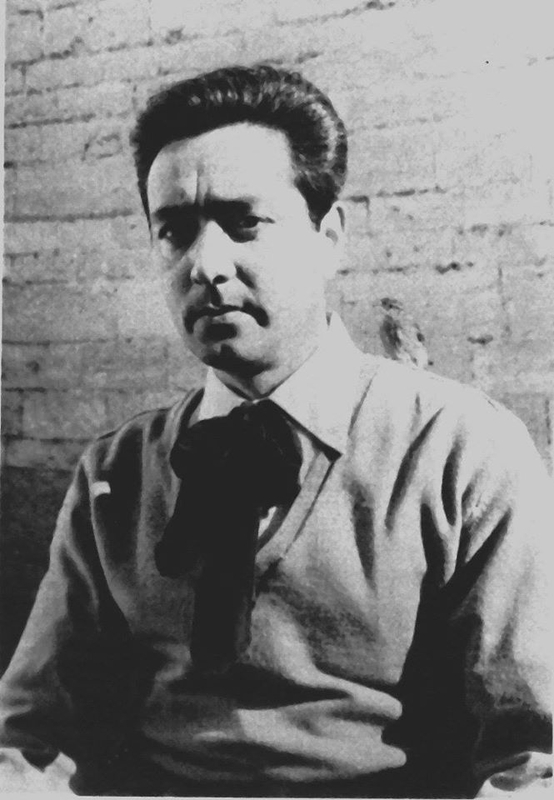 Goliardo Fiaschi, anarchist, born August 21 1930; died (aged 69) July 29 2000, was one of the youngest of the generation of anti-fascist partisans who resisted Mussolini’s Fascist regime in Italy and Franco’s dictatorship in Spain. (He left me his Lavallière knot floppy necktie - shown here - in his will.)

In 1943, the young Italian anarchist, Goliardo Fiaschi, falsified his birth certificate - to make himself appear older than his 13 years - and joined the wartime Italian partisans. Armed with a captured rifle almost as big as himself, he accompanied the women who regularly crossed the Apennines on foot carrying food from Parma, Reggio or Modena, some 150 miles away, back to the starving inhabitants of his Tuscan birthplace, Massa di Carrara. In 1944, he was adopted as a mascot by the Costrignano Brigade, and, in that role, entered Modena as standard-bearer on its liberation in April 1945. The natives of Carrara, the Carrarense, are reputedly descendants of Phoenician slaves who quarried marble for Rome. The city is also the cradle of Italian anarchism and a historical centre of rebellion. The fascist years in Italy, from 1922 onwards, were particularly bitter in Carrara. The city itself was twice liberated from the Nazis by anarchist partisans prior to the arrival of allied troops

After the liberation, Fiaschi returned to the quarries, where he had worked alongside his father and uncle from the age of eight. By the early 1950s, he was involved with the Spanish refugee committee and became friendly with Jose Lluis Facerias, a veteran Spanish anarchist of the Ascaso column in the Spanish civil war, who had been freed from a Francoist jail in 1945 and had lived illegally in Carrara since 1952, making regular guerrilla forays into Franco’s Spain. In August 1957, the two men crossed the Pyrenees (with bicycles) to embark on a new guerrilla struggle against Francoism. They were betrayed and detected within a fortnight; Fiaschi was arrested in a forest hideout and Facerias murdered in a security services ambush in the Barcelona suburbs. After beatings and torture, Fiaschi was brought before a military court in August 1958, where he was sentenced to 20 years and one day in jail. For more than a decade, in 40 Spanish prisons, Fiaschi sent thousands of postcards, decorated with precisely detailed paintings, to friends and acquaintances. I met him first in one of those jails, and I was to receive those cards throughout the 35 years of our friendship, the last of which arrived only a few weeks before his death. With amnesties, he was released in 1966 and deported to Italy where he was immediately arrested and taken off to serve a 10-year prison sentence - passed in absentia, without his knowledge, and without any notification of the charges and without representation in court. This conviction was for his alleged involvement in a 1957 bank robbery in Monferrato with Facerias. Following an international campaign, he was released from prison in March 1974 after serving 17 years behind bars.

Fiaschi became a key figure in the Carrarense anarchist movement. He ran a bookshop and cultural circle, and was a prime mover in the occupation of the Germinal Centre located, embarrassingly for the city fathers, in the most prestigious building in Carrara’s main square. Occupied by anarchist partisans during the liberation in 1945, the building was the defiant focus of anarchist activity until 1990, when the local authority finally wrested it back.

After the 1999 May Day celebrations in Carrara, which he had always helped organise, Fiaschi announced that he was terminally ill and was preparing to end his life. Persuaded to shelve this plan, instead he went into hospital saying: “There was a time when suicide would have been the right thing. I could have left my body to science and for the advancement of medicine. Now, I must surrender myself alive, so they can study me. I realise they will carry out all sorts of experiments on me, but, since my death is inevitable anyway, I will try to be equal to the task.” Brought home after 14 months in a cancer ward, Fiaschi died the following day. His coffin was borne around Carrara on the shoulders of friends, followed by a band, and anarchists from all over Italy carrying red and black flags. His remains were laid to rest beside those of Gino Lucetti and Steffano Vatteroni, both would-be assassins of Mussolini, and of Giuseppe Pinelli, defenestrated from police headquarters in Milan in 1969.

Such was the esteem in which Goliardo Fiaschi was held that even the ranks of Tuscany, in the person of the mayor of Carrara, could scarce forbear to cheer with a farewell eulogy, which ended with the words: “Thanks, Goliardo!”

PS: Goliardo left me his ‘Carrara’ necktie (the Foulard he’s wearing in the photograph) in his will.
Stuart Christie 31 January 2019