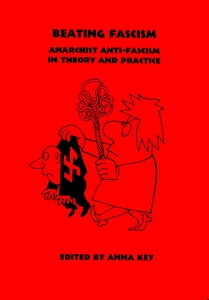 Anarchists have never hung back in the fight against fascism. This pamphlet covers the physical and ideological battles that anarchists have waged against it. It starts with the Arditi del Popolo (Peoples Commandos) against Mussolini's Blackshirts, via German anarcho-syndicalists to the Spanish Revolution of 1936. This much can be found (usually well buried!) in the history books. But this pamphlet also uncovers the history of anarchist anti-fascism in fighting against the National Front in Britain in the seventies and the 'No Platform' activities of Anti-Facist Action & Anti-Racist Action in the eighties, nineties and beyond. Documents from Russia and Australia and an interview with current activists from Britain and North America fill out a comprehensive look at the ideas and practice of anarchist anti-fascism.