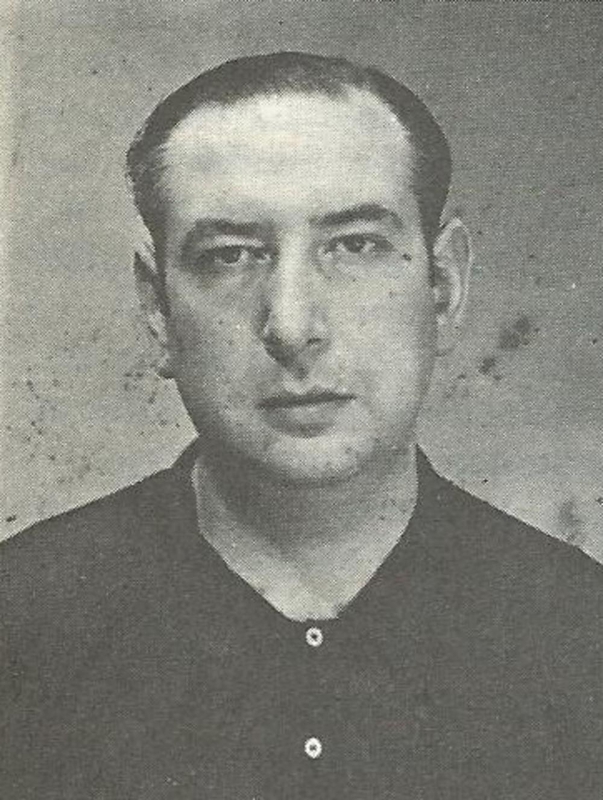 They may not like the idea much, our French neighbours, but much of the south of France was liberated from the Nazis thanks to massive Spanish participation in the French resistance. Our focus today is on the Basses Pyrénées department.

Like every other department in the south of France, the Basses Pyrénées department was liberated from Nazi control primarily thanks to Spanish guerrillas. Initially, several groups were formed, aside from the GTEs (Foreign Labour Groups) and throughout 1942 and 1943 these became increasingly radicalized. The bulk of those groups were communists, but they contained many anarchists as well as some socialists. Especially in the early days, the differing factions got along fairly well with one another, albeit that in 1944, with the arrival of communist bigwigs from Moscow and Mexico, those relations tended to cool and occasionally they resulted in gunfire.

Even before the creation of the guerrilla groups, there was an escape line in existence in the town of Buzy. Made up of libertarians, most of them attached to GTE No 526, led by Carlos Manini Mora from Madrid and the Catalan Miquel Riera. Alongside them there were Manini’s partner, Pepita Solé and the guide Leonardo Glaria. The “line” led from Buzy to Pamplona where the escapees could rest up in Juan Romero’s home. From the Navarrese capital, it was on to Madrid by public transport. The line operated pretty much autonomously as well as serving as a stage in the well-known Pat O’Leary (or Ponzán network) escape line when there was the need to smuggle people out through the western Pyrenees.

When the Germans overran the “free” zone (Vichy France, so-called) in November 1942, things changed. One of the most notable of the changes was that the dissident sabotage teams that had been set up within the GTEs turned into action groups. They not only sabotaged infrastructure and industries serving the Germans but launched attacks on the invaders themselves. That same month saw the establishment of the UNE (Spanish National Union), a body that offered itself as an umbrella group but which was unmistakably under the leadership of communists, resulting in its being widely rejected by the socialists as well as the anarchists. Suffice to say that by the end of November 1942, in the department under examination the UNE set up a forestry-workers’ site in Pedehourat as a cover for the French resistance. It attracted militants of every persuasion.

While the UNE strove to marshal the guerrilla forces that had been emerging from among the Spanish exiles, several groups were already operating under cover of the wooded Pyrenees. In the area of interest to us, now known as the Pyrénées Atlantiques (but known back then as the Basses Pyrénées); there was the Buzy libertarian group, one in Pedehourat, one in Col de la Marie-Blanche and others.  There were already several active groups. Given that both the socialist leaders and the anarchists had no definite stance vis a vis the resistance, many of their grassroots members rallied to the call of the UNE, lured by the prospect of carrying on the fight against fascism.

Whilst most groups answered that call, the Buzy group carried on with its autonomous operations. The initial team that made up the escape line was joined by Narciso Gómez Melanchón, Francisco López Melanchón, Manuel Vidal, Ángel Bueno, Borrás and a few more.

For its part, the UNE’s Xth Brigade was set up in April 1943 under the command of Vitorio Vicuña. On 14 April, a brand-new Spanish maquis set up shop in Bager d’Arudy; it even had a training school (political as well as military) with 4 instructors training 25-man guerrilla teams. By 15 May it was flagging up its existence by blowing up an electricity pylon in Bayonne. After that baptism of fire, they leapt into action. A raid on the gendarmerie in retaliation for their mass round-up of Spaniards, or the blowing of the railway bridge in the Aspe valley, frustrating the delivery of Spanish goods to the Germans via the Canfranc tunnel.

The month of June opened with the blowing up of a factory in Louvie-Juçon manufacturing parts for German planes. And whilst the Brigade’s fist action was the felling of an electricity pylon, it was not the only such instance. On 6 June, pylons were blown up in Jurançon. On 7 July it was Bizanos’s turn; on 4 August Buzy’s and on 15 October Gan’s. In January 1944, they attacked a coachload of trainee pilots and their trainers near Pau, the capital of the department. Despite the Nazis’ harsh reprisals, the activities continued. On 15 February there was an attack mounted on the power station in Arthez d’Asson and a further large-scale attack on the Louvie-Juçon plant. There was a rash of bomb explosions targeting upwards of 30 pylons which were destroyed and patrols came under attack along the border at Canfranc, etc. On 7 June, the German post in Ferrières was attacked and forced to surrender.

Over the following week, they liberated a goodly part of the department, capturing a significant batch of weapons, explosives and transport means and in the Oloron sector, a Nazi food depot, from which 3 tons of foodstuffs were removed. On 15 June there was fierce fighting between Arudy and Arthez d’Asson, with the guerrillas blowing up a bridge. 19 June saw further fighting, accompanied by air raids and artillery bombardment from the Germans, forcing the maquis to disengage.  On 28 June, in concert with the French FTP, an attack was mounted on a German convoy as it passed through Herrère.

At the beginning of July, the guerrillas attacked a German column, forcing it into a retreat after leaving several losses behind. On 6 July, the factory in Izeste was blown up. Over the ensuing days, a power station and two coal depots used by the Germans were blown up. On 17 July, the Germans uncovered the maquis’s safe house in Buciet, arresting or murdering 14 maquisards. That same day, in the course of a raid in the same area, the Nazis arrested Manini.  As they were taking him away, three of his comrade entrenched themselves in one of the houses and the gunfight ended in the death of Narciso Gómez Melanchón, Francisco López Melanchón and Ángel Bueno, all three of them from Murcia. Thanks to the confusion created by the resistance by those three guerrillas, Manini managed to take to his heels and hide out in the forests.

August was tough. On 4 August the Escot bridge was blown up. 8 electricity pylons were blown up between 8 and 18 August. On 18 August the railway tracks between Laruns and Buzy were sabotaged. On 21 August the Marie Blanche maquis under the command of the libertarian Hilario Borau swept down into the Aspe valley and set up its command post in Lees-Athas. At the same time, in the adjacent Ossau valley, the Germans were regrouping as they neared the Spanish border, having picked the area between Laruns and Gabas. The guerrillas bisected the German forces, surrounding both Eaux Bonnes and Gabas, until the Germans surrendered; their last remaining hold-outs surrendered on 24 August. On the same day in the Aspe valley a concerted attack was mounted along with two groups of French maquisards on a German column making for Spain. The upshot was that 150 prisoners were taken and the head of the Oloron Gestapo committed suicide.

Spanish guerrillas made a crucial contribution to the liberation of the Basses Pyrénées department. If we go by the version of Solidaridad Obrera published by the National Union’s Agrupación de Cenetistas (ACUN), CNT members accounted for 76 of the roughly 250 members of the Xth Brigade as of September 1944. We have successfully identified some of these and will continue with our efforts to identify the rest. This is the list of the ones we know of:

Finally, we might mention two more names –those of Manuel Chiapuso and Julio López, who we know were active in the area, albeit that we cannot say whether they were with the Xth Brigade, in libertarian groups or served in French units.