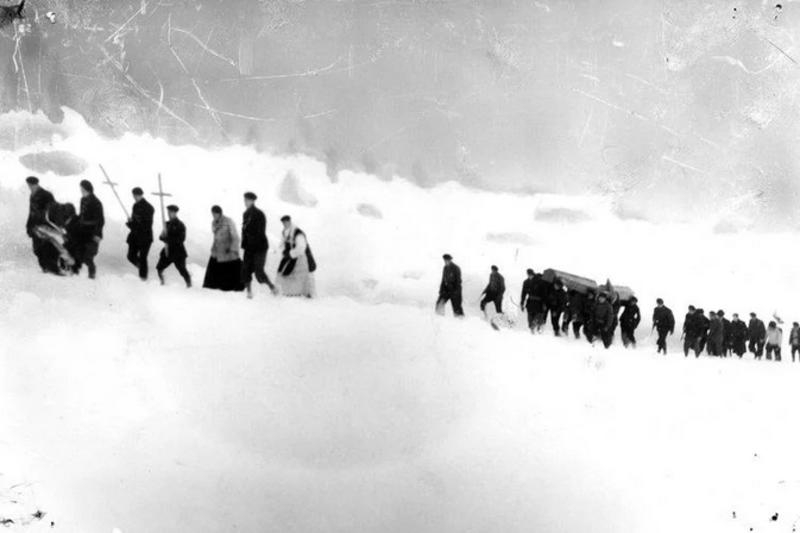 Greetings, readers, here we go again. After a pretty busy month I have found the time to sit down in front of the computer and write. And since I have been working on a fetching granite wall at the foot of Mont Blanc, let me turn to the Spanish resisters in Haute Savoie.

Because, yes, Spanish republican exiles were not found solely in the Pyrenees and Massif Central. We can trace our male and female compatriots throughout the length and breadth of France, in larger or smaller numbers, but the Haute Savoie region in the Alps was one of the places where they were concentrated.

With the wall in Le Bossom near Chamonix complete, off I went with another fan of stones, my pal Samuel, to Annecy for a bite to eat and a bit of down-time. On the way there we passed close to Glières and my ears pricked up because now we were in guerrilla territory. I also remembered that there was a monument to the Spanish dead there and I could swear it was in Annecy. Which in actual fact it was, albeit that in the end we were not able to pay it a visit. But since that niggled with me, I said to myself that on my return I would write something about the Spanish participation in the area in question. The Spanish contribution to the resistance in the Alps was not only sizeable but the libertarian presence there was significant. In fact, the most prominent member of it, Miguel Vera Navas aka el Padre, was an anarchist born in Puertollano in 1904.

Among the many libertarians active in the area, I have managed to track down the names of some, which I shall now list. For a start, let me say that with the passage of time the Spaniards from a range of maquis groups banded together to for the “Ebro Section”. That significant group, under the leadership of Miguel Vera, included Jaime Barba, José Clausell aka Caterre, Joaquín Dieste Ramos, Miquel Esteve aka Miquelet, Manuel Joya Martínez, Francisco Ortiz Pérez aka Lieutenant Michel, Braulio Ramos Lozano from the ‘La Combe d’Ire’ maquis, or Galo Utrilla Fernández.

There were also Pantaleón Arteaga Cerón, José Barriera Tierz, Saturnino Bretos, Eusebio Pinós Regalado and his brother Gabriel – all from the ‘La Vapeur’ group in Savoy – who went on to join the Ebro Section and fought in Glières. We also know of a libertarian who fought in the same department, albeit not as part of the Ebro Section. This was José Escribano Saura aka Pepito, formerly of the Durruti Column, who served in an FTP maquis group from May 1944 onwards and had a hand in the liberation of Annecy. Plus Ricard Peña Vallespin, Alejandro Sancho Riera or Salvador Solé Clemente. I shall deal separately with Avelino Escudero Peinado as I have him down as an Ebro Section libertarian, but cannot find the document authenticating this, so more of that anon.

Unfortunately, as ever, we lack the names of lots and lots of anarchists of both sexes, who chose to pass through the world without drawing attention, or, because of their affiliation, since, especially if they were in the ranks of the PCE, there was no record of their militant persuasion as they were not members of any political party, or because their details were hijacked for the purpose of inflating the numbers.

Now that we have tied the names to the places, let us say something about the Spanish participation in the resistance in Haute Savoie. On 1 June 1942, Miguel Vera, a member of the GTE (Foreign Labour Group) No 517 started his underground efforts towards establishing resistance groups and he made contact with the Spanish-born Frenchman Ricardo Andrés aka Richard and with the Secret Army (AS) resistance organization.

But by that time the Spanish refugees already had a good record as rebels: inciting people to desert rather than perform obligatory labour service for the Germans, advising the deserters, supplying them with foodstuffs, phoney papers and huts in which to hide in the mountains, mounting sabotage attacks on transformers and power lines in the fields and hills, attacking those factories working with the Axis forces, or raiding “Youth Camps” in order to make off with blankets, food, boots or clothing for the fugitives in the mountains.

December 1942 saw the creation of the very first maquis group in the Les-Villard-sur-Thônes area; it was made up of 15 people, including Spaniards.

On 15 March 1943, a group of republicans joined and participated in the “Dents de Lanfon” maquis.

On 1 April 1943, the “Mont Veyrier” maquis was formed; it was made up entirely of Spanish refugees, totalling about fifteen men under the guidance of Jorge Navarro. It operated south-east of Annecy.

On 7 June 1943, the “La Combe d’Ire” maquis was launched; made up entirely of Spanish refugees and 45-strong, it was led by Gabriel Vilches.

By late June 1943, the “Semnoz” maquis had been set up: it too was wholly made up of Spanish refugees.

In September 1943, after a meeting between Ricardo Andrés and Miguel Vera, an escape line to Switzerland was arranged under the supervision of José Mari. The various Spanish groups amalgamated and reorganized in order to improve their coordination.

On 20 December 1943, the “Bouchet de Serraval” maquis was launched: it was made up entirely of Spanish refugees.

On 18 January 1944, Ricardo Andrés and his driver perished in an ambush after an act of betrayal.

On 30 January 1944, the resistance staff held a meeting: it was attended by Tom Morel and Miguel Vera. The Allies were repeatedly lobbied with requests for arms. Tom Morel was elected leader of the resistance in Haute Savoie and entrusted with overseeing preparations to use the Glières plateau for weapons drops and group gatherings.

On 31 January 1944, the French resistance groups climbed up to the Glières plateau.

On 1 February 1944, the Spanish groups, reshuffled by Miguel Vera into the Ebro Section and the Ebro Reinforcements climbed up on to the plateau. They were placed under the orders of Tom Morel and the latter, cognizant of their experience, deployed them in defence of the more exposed locations.

5 February 1944 saw the start of a drive by the French Milice; two days after that, the Spanish guerrillas came under the first attacks in the Essert area, the violence escalating on 12 February. By the following day, the plateau had been encircled.

On 14 February, the first Allied parachute drop was received. The fighting continued for the rest of the month.

On 5 March 1944, a second drop of equipment was carried out by Allied aircraft.

On the night of 9-10 March 1944, in the course of a guerrilla attack on a Vichy GMR (Reserve Mobile Groups) unit, the guerrilla leader Tom Morel was killed. The very next day there was an abortive attack on the GMR and a further parachute drop.

12 March 1944 witnessed the Luftwaffe’s first air raid on the plateau.

From 17 to 23 March, the air raids continued, interspersed with several offensives mounted by the Milice.

On 24 March 1944, it being plain that the French fascists were unable to pull off their mission, lots of German troops from the 157th Alpine Division deployed around the plateau.

On 25 March there were uninterrupted bombardments from daybreak until nightfall by German artillery, with all of the buildings and winter huts sheltering the guerrillas destroyed.

On 26 March, a sweeping attack by the Milice was beaten off. The artillery and German air force then came into play, with the 157th Division following up. At 10 o’clock that night, all guerrillas were ordered to quit the plateau.

The better to understand the facts set out thus far, it ought to be said that the guerrillas numbered as many as 465 men, 56 of whom were Spaniards. The men fighting as part of the Ebro Section included four International brigaders, two Italians and two Germans. In addition to the Milice and the 157th Division, the attackers included the German 1st Mountain Chasseurs Regiment, the 19th SS Police Regiment and the Reserve Mobile Groups (GMR). In all, they numbered as many as 6,000 men, half of them encircling the plateau while the other half tried to capture it. To which must be added the German artillery and Luftwaffe resources.

The upshot was that once the withdrawal order had been issued, 112 French lives were lost, plus 9 Spanish lives. Added to which 75 French people and 5 Spaniards were captured, most of them after being wounded. The Axis losses were much smaller: 4 Germans dead, 17 French dead and I have no figures for the wounded and would query the official French history that hugely overstated the enemy losses. Most of the guerrillas managed to flee across the snow and cliffs of Glières, the last Spanish group to do so being the one to which “el Cordobeses” belonged. It took it nearly 10 days to reach the comparative safety of the forests of Chapelle-Rambaud.  It was the only group that was not broken up during the withdrawal.

On 13 June 1944 Miguel Vera was arrested in Annecy town before being rescued shortly thereafter in a daring raid by a group of Spanish guerrillas.

By late June, a group of 60 Spanish were back operating in the Annemasse-Annecy area under Miguel Vera’s leadership.

In the end, on 9 August 1944, Miguel Vera and a comrade were recaptured whilst transporting weapons and documents. They were interrogated and tortured by the Gestapo in Bonneville, before being moved to Annecy where they were sentenced to death.

Annecy was liberated on 19 August 1944, which thwarted the Germans’ efforts and Miguel Vera and Martínez aka el Chacho were freed by a resistance team.

And there we have it, the adventures and misadventures of our elders in the Haute Savoie region. Quite a record.