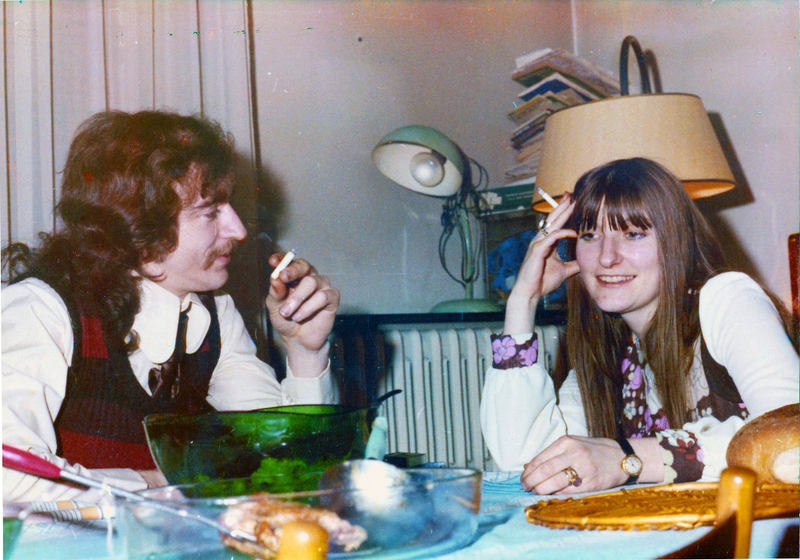 Brenda Christie died at home in June after a short battle with cancer. At the KSL we have always tried to commemorate the less famous comrades who made up the anarchist movement. Intensely private, she appeared only as ‘Marigold’ (the typesetter) in the Cienfuegos Press titles she helped publish. Later, the academic authors ensured she was thanked by name when she worked as an editorial assistant at Cambridge University Press.

Brenda worked with the First of May Group against Franco’s dictatorship. She also thought of the name for and played a central role in the Stoke Newington Eight Defence Group. Stuart Christie in his eulogy says Brenda ‘played a crucial and pivotal role in helping to organise and coordinate my ultimately successful defence… working late into the night typing up the barristers’ notes during the eight-month Old Bailey trial, one of the longest in British legal history. Her character and integrity won her the grudging respect of the senior police officers involved in the case.’ John Barker, one of those convicted, later thanked her for her work with the defence group saying that she had saved him several years of prison time.

Anarchists can have complex lives: Brenda loved Shakespeare and ran a drama school. In the eulogy, Stuart tells how she turned her back on the ‘dolce vita’ of sixties Milan because it ‘failed to satisfy her sense of moral integrity.’ Instead, she lived a life full and committed. Our thoughts go out to Stuart, Branwen, Merri and Mo and all who knew and worked with her.

[You can read Stuart’s Eulogy at https://www.katesharpleylibrary.net/9kd6dm]