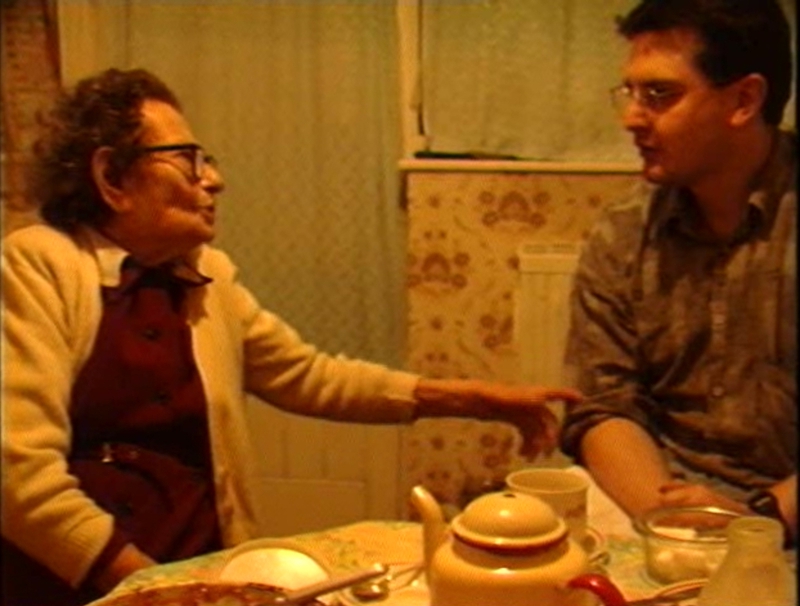 Veteran anarchist Leah Feldman interviewed, 17 minutes. Leah talks briefly about her time in Russia (1917-27), Kropotkin’s funeral, the anarchist movement in London, Emma Goldman and the Spanish Revolution, Rudolf Rocker’s internment during the First World War and her own life.

Leah was interviewed in her flat in Stoke Newington, London in 1985 by Leo Rosser.

See the interview at https://archive.org/details/Le…

‘I remember Leah so vividly. I first met her at a meeting of the London Murray Defence Committee at Conway Hall in 1976 (Noel & Maria Murray were two Irish anarchists sentenced to death for shooting an off-duty policeman who pursued them after a Bank robbery in Dublin). When some twat in the audience asked lamely, “but why are they picking on the Murrays?”, this little old woman erupted from the back of the hall, “because zey are AN-AR-CHISTS!…” Later I had the great pleasure of taking Leah out to dinner in Madrid in 1984, during a Congress of the IWA/AIT, where the Spanish waiters assumed she was my beloved Granny – and in a way she was. Leo Rosser, a very active comrade from South London DAM/IWA, sadly succumbed to severe depression and committed suicide on 24 March 1990. Leah died in 1993. Albert Meltzer scattered Leah’s ashes at the Chicago Martyrs’ Memorial. Albert died in 1996. RIP Leah, Leo and Albert. If there’s an anarchist Valhalla you’re all in there.’
Phil Ruff