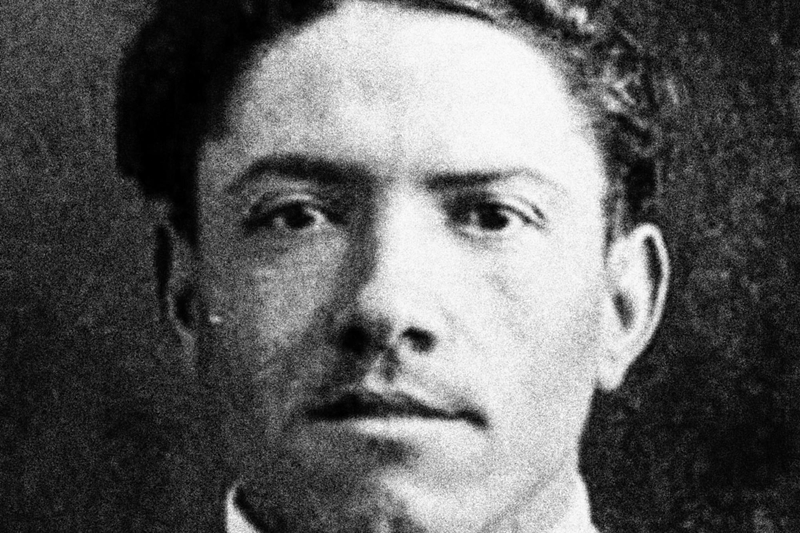 In Spain, little or nothing is known of the story of Joaquín Penina, the young Gironella-born Catalan who was arrested, shot and secretly buried in Argentina in 1930.  His disappearance came within just days of the completion of General José Félix Uriburu’s military coup (1930-1932), the very first of all the bloody interruptions to democratic rule in that Latin American country in the 20th century. September 2020 marked the 90th anniversary of that state crime.

“Long live anarchy!” Joaquín Penina’s final shout was swallowed up by the vastness of the Paraná river in Rosario, Argentina. There was no one there to listen. Those were the last words he uttered before he was murdered just a few metres from the ravine. For the rest of his life, the exhortation haunted the memory of Sub-lieutenant Jorge Rodríguez, the police officer who instructed the firing squad. After he retired from the police, he confessed to the crime, the execution. He could not forget either that cry or the tone – firm, emphatic, impassioned – of Penina’s farewell to this world.

The victim of the shooting-cum-disappearance (the corpse was secretly buried) was a native of Gironella, a small town in the Berguedá region of Catalonia. Penina was a bricklayer and an anarchist. He had arrived in Rosario at the age of 20. Historians investigating his life have come up with two potential motives for his emigration: problems with the Primo de Rivera dictatorship in Spain (1923-1930), or the need to get out of town in order to avoid mandatory military service.

He was 29 when they murdered him. His tragic story is part of the harassment and persecution visited upon many Catalans who moved away to Argentina in the last decades of the 19th and early decades of the 20th century. The Catalan community was a small – but very combative – community that laid the groundwork for Argentinean anarchism.

“The Catalans presence in the ranks of Argentinean anarchism was very telling during the first third of the 20th century, so much so that most of the libertarian leaders there were to be of Catalan extraction. Anarchist influence over the Argentinean labour movement was to be very important prior to the Uriburu dictatorship”, explains historian Xavier Tornafoch i Yuste, a lecturer at the University of Vic. “The upshot of those years of anarchist activism on the part of Catalans in Argentina”, he concludes, “was the abduction, disappearance and death of Joaquín Penina.”

The shooting was carried out on the night of 10 September 1930. Although the genesis of it dates back to the previous day, 9 September, a mere 72 hours after Uriburu mounted his coup d’état. Penina was snatched from his rented attic room at No 1581, Calle Salta in the heart of Rosario. He divided his time between bricklaying (he tiled apartments and walls), activism (he was very active within the Rosario Workers’ Federation) and his great passion, reading.  In his attic he had a library that he had built himself. All the Rosario anarchists knew about those shelves. He used to lend out his books to his fellow activists.

Furthermore, Penina was in charge of the distribution of the Federation’s mouthpiece La Protesta and of the distribution of anarchist literature imported from Spain by the Guild of Book-lovers, a group of which he was a member himself.
They arrested him with two friends: the Italian carpenter Victorio Constantini, his flat-mate; and fellow-Catalan, Pablo Porta who just happened to be in the attic when the police raided it. They were accused of printing and distributing anti-Uriburu anarchist propaganda.

They were taken to a cell at police headquarters. Lieutenant-Colonel Rodolfo Lebrero, Rosario’s police chief, threatened them once he found out the accusations being levelled at them. “We’re going to have to shoot you”, he told them. The Acting Junta of the brand-new de facto government had given the go-ahead for the shooting “without any sort of trial proceedings” of any offending “public safety and its agencies”.

Porta and Constantini were taken away to a different police station. The superintendent in charge there refused to carry out the shooting order. And allowed them to slip away through the back door.

Penina was not so lucky. First, they tortured him. Then they questioned him about the mimeograph machine back in his room where, allegedly, “subversive propaganda” was being printed.  They cuffed him and bundled him on to a lorry along with Sub-lieutenant Jorge Rodríguez – the duty officer that night – and another four uniformed men.

The lorry headed for the ravine south of the city. A distance of several kilometers. It pulled up on a bridge. Rodriguez dragged Penina down and forced him to walk in the direction of the river. One of the policemen helped himself to his belongings once the shooting was over. Penina had had little or nothing in his pockets: two biscuits, a scrap of newspaper and a giro for five pesetas that he had been meaning to send his brother. Within days, other officers cleared out the attic in the Calle Salta. All his books were burned.

Penina’s corpse was removed that same night to the morgue, but the staff there refused to bury it due to the lack of any papers authenticating his identity. Lieuteant-Colonel Lebrero signed an order authorizing a ‘John Doe’ burial. Four conscripts then laid it to rest in grave 450 in the La Piedad cemetery. Penina’s body has never been found nor exhumed.

The Rosario police then issued a phoney report about what had happened that night. It claimed that Penina had been arrested for “a background check” and then “freed” within hours. “Current whereabouts are unknown”, the statement claimed.

Cosnstantini and Porta returned to Italy and Spain respectively, following their arrest. The news reached Penina’s home town through Porta’s testimony. His family was never able to make the trip to Argentina to reclaim the body.

Collective memory in Argentina has forgotten the name Penina. In the 1980s the Catalan community in Rosario put up a plaque outside his rooms by way of a tribute. However, the metal plaque was, over time, removed. In 1995 an order from Rosario City Council renamed the famous Calle Regiminento II (in the south of the city) after Joaquín Penina. But other than in the immediate vicinity, only a few of the address plaques were altered.

“Little wonder that his story is little known, even though he was the first person disappeared by the Argentinean military dictatorship, because, regrettably, the official history is always written by those in power. Redoubled efforts are going to have to be made to inscribe Penina into the collective memory in Rosario and Argentina. But there is one thing of which I am certain; this young Catalan is part and parcel of this country’s social memory”, muses Carlos Solero, who lectures in sociology at the National University in Rosario (UNR) and is an anarchist member of the Alberto Ghiraldo Library in the city.

The details of the Penina shooting were brought to light as the result of investigative journalism. The poet and author Aldo Oliva reconstructed the murder in the 1970s in his book El fusilamiento de Penina (The Penina Shooting). But that book never made it into the bookstores. On 25 February 1977, Jorge Rafael Videla’s dictatorship (1976-1983) ordered the destruction of 80,000 books held at the Biblioteca Popular Constancio C. Vigil warehouse, including every single copy, all 3,000 of them, of Oliva’s investigation.

Oliva had not retained the original. He died in 2000 without a single book to his name. In 2003, a former employee of the Biblioteca stumbled upon a copy in a crate of old papers. It was handed over to Oliva’s son who saw to its reprinting. It was published and marketed by El Viejo Topo, a Catalan publishing imprint. The Argentinean director Dieo Fidalgo watched and filmed the whole process for a documentary called Hombres de idea avanzadas (https://vimeo.com/324956020) that can be watched on Vimeo or on YouTube.

“Penina’s death” – Tornafoch i Yuste  states – “became part of the mythology of anarchism on both sides of the Atlantic: in Argentina, by means of newspaper exposes; and in Spain thanks to tributes paid to him by leading lights of Iberian anarchism such as Federica Montseny who went on to become a minister under the Second Republic and, back in 1931, the very first person to denounce the incident from upwards of 10,000 kilometers away.”