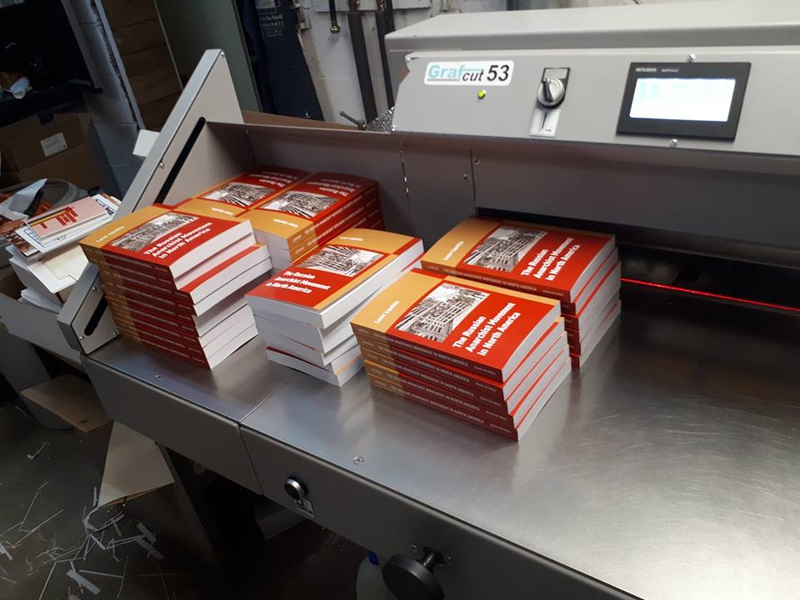 Born Eliezer Solomonovich Lazarev in Odessa in 1891, Lipotkin joined the anarchist movement at the time of the 1905 revolution. He was one of the leaders of a general strike of Odessa junior high school students (and was arrested for it). In 1910 he emigrated to the United States where he would spend the rest of his life. As Archibald states in the introduction, he was active in the Russian-American anarchist movement ‘for almost 50 years and played a leading role in most of the major events of its history.’ [p.viii] So he had the experience and motivation to produce its history.

Lipotkin comes across as self-effacing: he often mentions ‘Lazarev’ coming to lecture somewhere, without stressing this is the author himself. Interviewed by Paul Avrich, Victor Lynn called Lipotkin ‘nice, friendly’ [1] and this comes through: he narrates the internal disagreements of the anarchist movement without sounding bitter. Archibald records that ‘Lipotkin tried to present his often contentious material in an even-handed way’ [p.ix].

Lipotkin was an anarcho-communist (and later a supporter of the Organizational Platform) and opponent of anarcho-syndicalism.[2] This book throws much useful light on Russian-American anarchist organizations like the Union of Russian Workers (or, more properly the Federation of Unions of Russian Workers of the United States and Canada). Archibald’s introduction makes an essential point about terminology: ‘Most of the anarchist organisations were called “Unions” (although “Associations” is a more accurate translation) and their members “Unionists.” […] it should be emphasized that these unions were community, not workplace, organizations, even if most of the members were workers.’ [p.ix] [3]

Lipotkin tells (from personal experience?) of N. Mukhin lecturing in Rochester, New York, in 1916. ‘He described in vivid detail the wretched, full-of-suffering lives of the workers and the rich, luxurious lives of the capitalist parasites. […] Working people must not beg, but rather demand, and conquer by revolutionary means, all the wealth of which they are creators. […] In his remaining lectures Mukhin maintained the same perspective, i.e. the necessity of revolutionary struggle by working people against all the evils and calamities surrounding them: against war and capitalism, against the state and church – for a better and free communist life.’ [238]

I was interested to see the importance of libraries. One of the very earliest groups (Newark, New Jersey, 1908) had relied on ‘the works of Tolstoy, Gorky, Herzen, Bakunin and Kropotkin, borrowed from the Russian section of the municipal library.’ [p.225] The comrades in Rochester made their own library and bought a special bookcase for it [p.233]. This and other anarchist libraries, along with all the efforts put into education, show a movement reaching out to the people around it. There’s good stuff here for people in North America who want to dig into local anarchist history. It’s not without surprises (did you know that Russian anarchists in North America reprinted Tom Paine’s Age of reason? [p.204]) Shining light onto a movement all-but-forgotten, Lipotkin’s book is worth reading for anyone with an interest in anarchist history and practice.

1, Anarchist voices p368
2, Anarcho-communism aims at a society where ‘People will work according to their capabilities, and receive according to their needs.’ (Svobodnoye obshchestvo [The free society], Canada 1920 quoted on p.250) so no connection to Leninist parties. It’s also used to identify the anarchist current who don’t follow the anarcho-syndicalist emphasis on revolutionary unions to reach and organise the free society.
3, For more on the Union of Russian Workers, see Mark Grueter’s thesis ‘Anarchism and the Working Class: The Union of Russian Workers in the North American Labor Movement, 1910s’ http://summit.sfu.ca/item/18580; for an anarcho-syndicalist viewpoint see Maxim Raevsky Anarcho-Syndicalism and the IWW also just published by Black Cat Press, a fascinating reprint of a serialised essay from Golos Truda, 1917.

See also the biography of Lipotkin by Nick Heath http://libcom.org/history/lipotkin-lazar-1891-1959-real-name-eliezer-lazarev