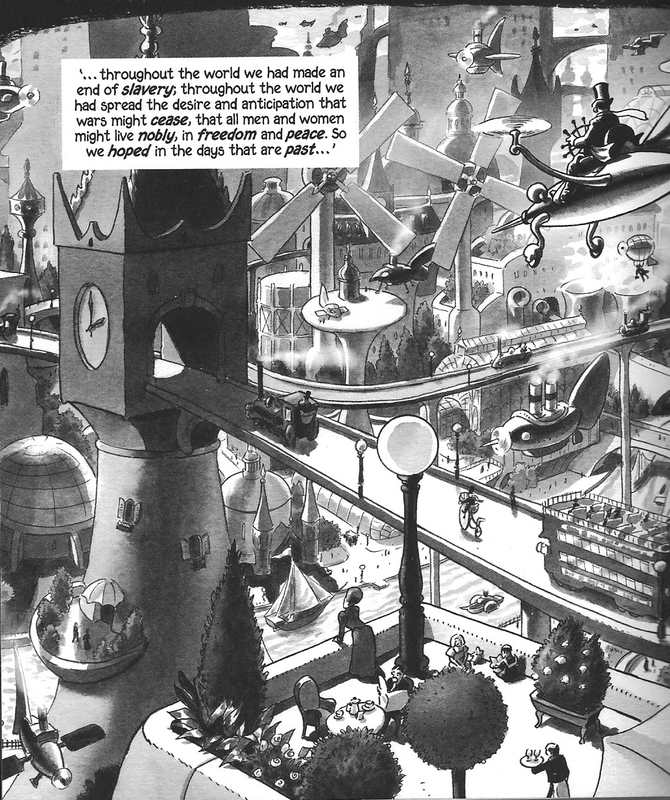 The Talbots, writer and academic Mary and illustrator Bryan, have lovingly researched and created this graphic novel of the story of anarchist militant Louise Michel, her role in the Paris Commune of 1871 and her support of the indigenous peoples of the penal colony where she was exiled. It’s impeccably sourced, readable, decently drawn, and a pleasing book to hold. So why is my welcome a tiny bit cautious?

For a start, the format itself has become problematical. Bookshops shelve all graphic novels together, from satirical heavyweights to Marvel, branding them indiscriminately as yet another form of genre fiction. And this fictionalising tendency is a worry. Is a graphic novel actually the most effective way to present Louise Michel’s life?

Her story is inspirational, of course. But the practical and political issues with which the Commune struggled are fairly quickly bypassed here, to allow room for repeated emphasis on the Utopian elements of her teaching and writing, and her interest in scientific fiction, with references to H G Wells, Jules Verne, Bulwer Lytton and so on. What’s celebrated here is a persistent but delusive myth, a kind of mystical modernism, in which advanced technologies will inevitably bring about a perfect society and the realisation of social justice. In reality, those technologies have made modern capitalism so complex that it now appears almost impossible to disentangle or supplant.

Through the 19th century the idea of Utopia moved from its origins in political discourse into science fiction and fantasy. Once fictionalised, it became positioned as a distant world, outside reality. So that the comic book / graphic novel, that game reserve of the desirable but unreal, is just the right place for the preservation and celebration of a perfect society – but as a permanent impossibility, as an admission of defeat. (No such problems in realising Dystopia, by the way. It’s here already, it’s called 21st century capitalism, and we have to bloody live in it.)

Utopianism is a flaw that has run historically through much anarchist thinking. The real issue is how to change things – something, anything – in the here and now. In its Utopian dreaming anarchism slides away from the realm of the possible, ultimately declining to a sub-category of steampunk culture. At that point the “A” on the flag will stand for little more than Academia and Archiving.

But back to the book. Bryan Talbot’s drawing here, though technically accomplished, is hardly experimental or playful, but it serves well enough as a sturdy vehicle for the narrative. For me all the dark grey gets a bit relentless, and his handling in this book lacks some of the virtuosity of his other work, where it can be freed up by more fantastic content.

Mary Talbot flashbacks the Louise Michel narrative to and fro from imagined conversations with American feminist Charlotte Perkins Gilman, who pushes on the story by voicing the reader’s questions, a slightly disjointed narrative device. The Gilman figure is more than the author disguised as a Victorian, but she does at one point vow to write fiction “because it’s food for the mind. I mean it can do a lot of cultural work. You know, the potential for changing minds.” A neat justification for graphic novels?

The whole Michel story is bookended, a little oddly, by the story of Franz Reichelt, a parachute inventor who jumped to his death from the Eiffel Tower in 1912 while testing a prototype. (Don’t try it at home, kids.) Is Reichelt included as an enduring image of the indomitable optimism of the progressive personality, in the spirit of Louise Michel? As the opening quote from Samuel Beckett says, “Try again. Fail again. Fail better.” OK, though Reichelt’s fall could equally well serve as a cautionary fable of the wishful thinking of scientific optimism.

But these are minor points, and there is plenty here that is positive and informative. It’s remarkable just how many (real) women play important roles in the narrative. And Michel’s involvement with the rebellion of the tribal peoples of New Caledonia well deserves the space it’s given. So The Red Virgin earns qualified applause, if only as an introduction to Michel’s story. There’s plenty of other stuff out there, with many of Michel’s own writings in French free to Kindle, if you can manage French, and some sources in English to be had very cheaply. Meanwhile The Red Virgin should find a ready readership, and hopefully not just within the ghetto culture of comix fandom.