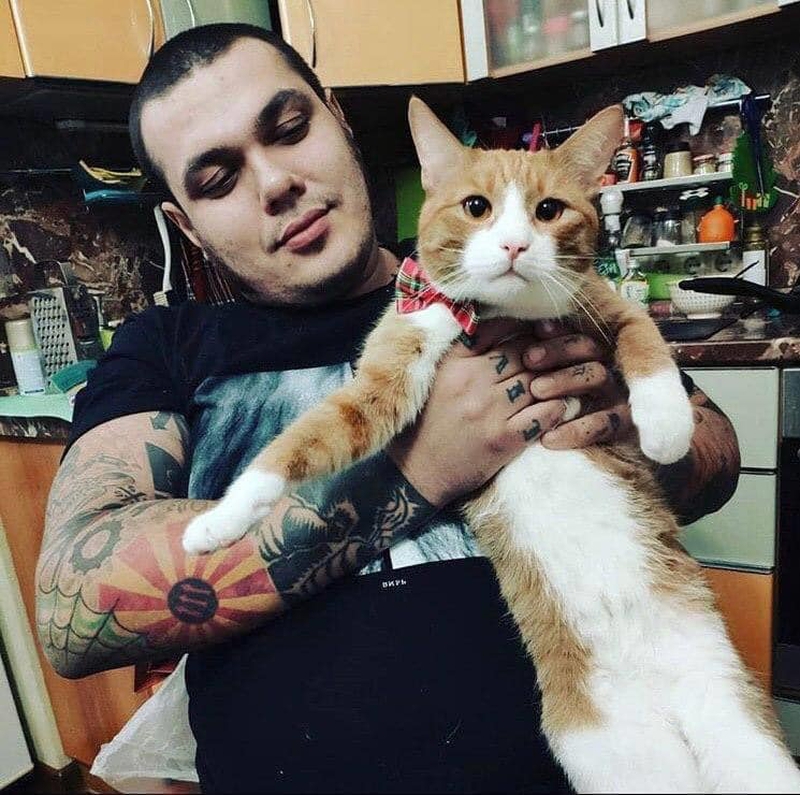 On September 1, 2020, anarchist and anti-fascist activist Alexei “Sokrat” (Socrates) Sutuga died in a Moscow hospital. The death is the result of a 22 August brawl, which was not political in nature; four men suspected of beating him into coma were arrested.

Here is an excerpt from an obituary written by Maksim Solopov for the Latvia-based Russian news website Meduza:

‘The 34-year-old Alexei Sutuga was born in Irkutsk [on January 24, 1986], where, whilst still a schoolboy, he became fascinated with anarchism and started participating in local environmentalist and antifascist actions, punk and hardcore bands propagating vegetarian and straight-edge lifestyle, and was one of the people who initiated setting up an antifascist fan group of the local football club, Zvezda. Sokrat quickly became known amongst anarchists and antifascists not just in Irkutsk but in other Siberian cities too. He frequently got into fights with neo-Nazis, and in July 2007 he was seriously injured during an attack by the ultra-right on the environmentalist tent camp near Angarsk, which was protesting against building an international centre for uranium enrichment. At the time, an antifascist from Nakhodka, Ilya Borodayenko, was killed by assailants who were brutally beating sleeping activists with iron bars.

In the mid-2000s, Sokrat moved from Siberia to Moscow where he started actively participating in the activities of various anarchist and antifascist initiatives. In 2006 he was detained on his way to St Petersburg where he planned to participate in anarchist protests against the meeting of G8 countries’ leaders. In 2007 Sutuga was detained in Moscow Region’s Chekhovsky District alongside other activists who stole laboratory rats who were to be tested on. Police had to stop the criminal case then because the detainees did not have lucrative motives – all rats were set at liberty. Sokrat was repeatedly detained at left-wing, anti-war and trade-union rallies. The activist made his living by working odd jobs in brigades at construction sites or other jobs that required physical strength. In his free time, Sutuga sang in a punk band, Working Boys.

For a number of years, Sokrat was a member of a group led by the antifascist Ivan Khutorskoy, alias Kostolom, who was killed [in 2009] by militants of the BORN [Combat Organisation of Russian Nationalists, a neo-Nazi terror group]. Together they provided security at the gigs of musical bands supporting antifascist views, and organised mixed martial arts tournaments under anti-racist slogans.

Sokrat was an active supporter of the fans of Kyiv’s Arsenal and Minsk’s MTZ, as these are rare post-Soviet football firms publicly declaring anti-racist views. Sokrat’s son was born in Ukraine; he and his wife, a Ukrainian activist, called the child Nestor, after the well-known Ukrainian anarchist [Makhno]. In 2007, Sutuga was detained by police and SBU [Security Service of Ukraine] officers in Kyiv, where he intended to participate in an action against a march by ultra-right and neo-Nazi organisations. One of the SBU operatives was beaten whilst tailing the antifascists, who took him for one of the opponents. Sokrat was arrested for several days, and tortured at a police station. However, the criminal case against the antifascist was not started, as the operative withdrew his statement after receiving his service ID back, one of the participants in the events told Meduza.

In June 2012, Sutuga was arrested on charges of brawling with security guards of [Moscow’s] Vozdukh club, including under part 3, article 111 of the Criminal Code (willful infliction of grievous bodily harm). Sokrat spent more than a year in pre-trial detention, yet the investigators were unable to prove the GBH charges in the end. In 2014, Sutuga was arrested on hooliganism charges for a brawl with young neo-Nazis at a Sbarro cafe in the centre of Moscow. Sutuga’s comrades called the last criminal case a ruse and revenge by the [Interior Ministry’s] Centre for Countering Extremism officers for the unsuccessful attempts to imprison the activist in the past. Human rights centre Memorial recognised Alexei Sutuga as a political prisoner. The court sentenced Sokrat to three years and one month in a penal colony, which he served in Irkutsk Region. The anarchist described the severe treatment of inmates there in his book of memoirs, “Dialogues about prison” [published online in May 2020]. After he was released in 2017, he participated in human rights seminars for activists (he was once again detained during one of such lectures, this time by Belarusian police), and played a part in a show by Teatr.doc.

At the same time, Sokrat remained a consistent anarchist, that is, an opponent of state violence. “If they can frame a Nazi, so they can frame an anarchist. They can imprison an anarchist, so a liberal is under threat too. To break the horns of a police state is the common objective for all,” he told a rally in support of political prisoners in 2018.’

Other obituaries in English:
by Vlad Tupikin (translated by the Russian Reader)
https://therussianreader.com/2020/09/01/alexei-socrates-sutuga-1986-2020/