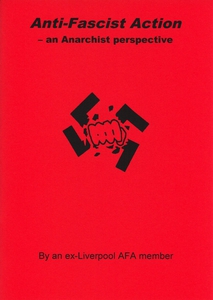 From the mid-1980’s to the turn of the century, militant anti-fascism found its most authentic expression through the organisation Anti-Fascist Action. AFA was never an ‘anarchist’ organisation. However, the agreement of anarchists with AFA’s twin aims of ‘ideological and physical opposition to fascism’, and the anarchist emphasis on direct action as compared to electoralism, meant that, within AFA, much of the cutting edge on the streets was provided by anarchist activists. Anti-Fascist Action physically and politically confronted fascist groups trying to play the master race on the streets of Britain’s cities, and won. Here, an ex-member looks at AFA’s history, both successes and failings, to ask what lessons we can now learn.