When Things Go Awry: Failed Operations by the Action Groups 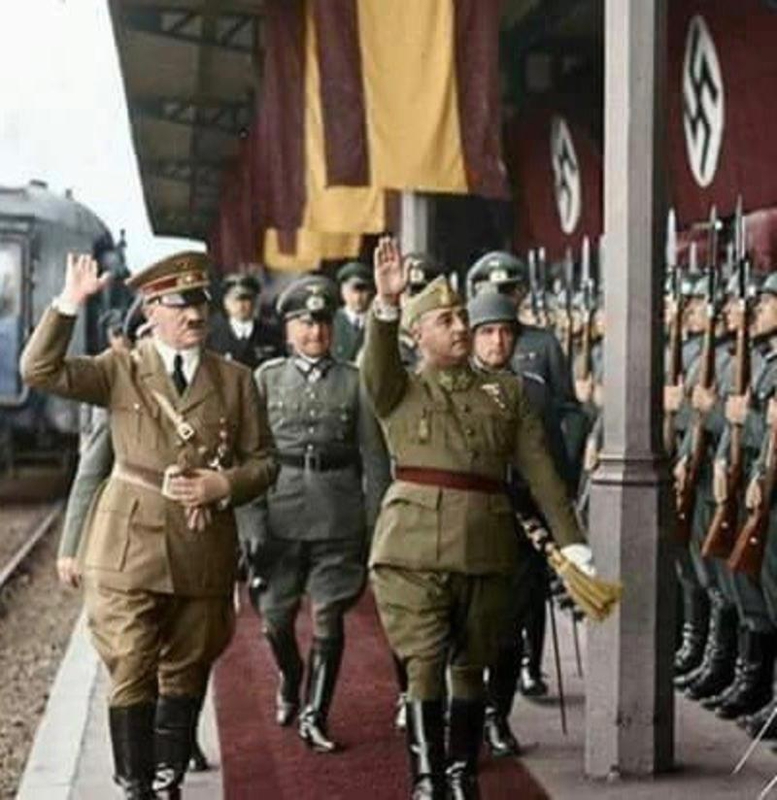 What with the forces of repression, sheer bad luck, rain and lack of preparations, many a plan never came off

Hi gang, those of you who follow these stories lest they slip into oblivion. Our previous entry on the abortive and fearsome hold-up in Lyon brought me something unexpected but very agreeable. The niece of two of the raiders – brothers Francisco and José Bailo Mata – got in touch with me to discuss the affair.

Last Wednesday I went to meet her in Madrid and we discussed some interesting information and had a nice time of it. Thank you, Elsa, for being ready to share your experience and that of your loved ones and for being who you are. Sometime in the future, I plan to write an article about the awful crackdown on libertarian circles in France, triggered by that raid, and how not everyone was equal to the circumstances.

The failed raid in Lyon reminded me of other failures by the anarchist action groups. Failures little known to most people and rarely mentioned, on account of their negative or empty-handed outcomes.

And now let us be off to both sides of the border, sometimes following in the footsteps of persons unknown and sometimes of folk who have been spoken of a lot and at length and whose lives have been scrupulously narrated. Today we shall be looking at what might have been but which went awry.

So we shall be moving from one failure to another up until the final victory … was there one? Well … In the end the true failure was the failure to lift a finger, as one can always learn from one’s mistakes.

As we have stated before, there are going to be readers of both sexes who remember the date 23 October 1940. There were two crime lords scheduled to meet up in the railway station in Hendaye – one called Adolf, famous for that little moustache and spluttering mouth of his and the other was Francisco, nick-named el Cerillita [little matchstick] and with a mug like the other guy. In the very same station, a short while before that scheduled rendezvous, two anarchists – Domingo Ibars and Desiderio López – both carrying handguns, had de-trained. Both men were advocates of action against the regime and there was a tasty target at the station. The security surrounding the summit thwarted any assassination bid, So far, so normal. But the novelty here was that Celedonio Pérez, after discovering that Franco was head for the French town by rail that day had rustled up a team to attempt his life. Regrettably for all on the losing side in the civil war, a last minute arrest forced the team to abort the assassination attempt and drop the plan.

We also know, albeit that it may be not all that well known, that, as Eduardo Pons Prades wrote about the matter, what the alleged purpose behind Quico’s final trip into Spain was. It seems that his visit to Barcelona was prompted by a plan to abduct, or, failing that, to settle the hash of the notorious brothers Vicente Juan Creix and Antonio Juan Creix, both of them notorious torturers for the Barcelona police. El Quico had had a tip-off that both their families were having a get-together for Christmas and his intention was to kidnap them. He had previously checked out the barn-cum-abbey of Saint Michel de Cuxà which, during the world war, had been used by the Ponzán network as a hiding-place for fugitives, as Quico knew the fellow who ran the place and thought it might make a good place to hold his hostages.

As I believe most readers will know, Sabaté’s companions were wiped out in Mas Clará near Gerona and Quico himself was gunned down in San Celoni on the morning of 5 January 1960.

And now on to a classical attempt mounted by the action groups in Barcelona. If there was anyone that the anarchists in Barcelona had their sights on, it was Brigada Politico-Social superintendent, the Galician Eduardo Quintela. Sabaté and the Los Maños group had had at least three goes at him, but without success. On 24 November 1950, another attempt was mounted but the Galician had luck on his side. José Falceto Abadia, Jorge Oset Palacios, Pedro González Fernández and Jesús del Olmo (aka Malatesta) were sent down from Toulouse, with Ramón Vila Capdevila acting as their guide. After a fruitless fortnight, they had to quit Barcelona again and retrace their steps, due to the absence of the requisite infra-structure and back-up.

Let’s now cross the Pyrenees and head for the French capital. In particular, we are headed towards a football match. At the Parc des Princes on 19 July 1949 a Spanish selection played against the French home side. Not that it matters but any soccer fan should know that the result was France 1, Spain 5. Now back to our narrative. Who do you think was there with the Spanish team as a VIP guest? Well, the secretary of state for Sport, none other than General Moscardó, the thug from the Alcázar in Toledo. As we have said, the match was a success and Moscardó returned to Spain as if nothing had happened.  Nothing? The fact is that he had had a machine-gun trained on him.

José Pascual Palacios, the man in charge of the Spanish Libertarian Movement-in-Exile’s conspiratorial section, had set up an operation. A van was procured and a heavy machine-gun with a tripod had been set up in the rear of it and the van had then made for the outskirts of the stadium. A member of the FAI was to have been the trigger-man.

Once the match was over and Moscardó left the ground, his car was identified and tailed. The car was in the sights of the machine-gun a number of times, but the FAI comrade did not fire. He later stated that innocent bystanders in the vicinity could have been wounded or killed, so he had not squeezed the trigger. Pascual Palacios took a different view, but by then the opportunity had been missed.

Sticking to the sports theme, I have run out of energy now. And the best use of my condition might be for us to shift our focus onto the Tour de France. Specifically, the stage to be covered on the southern side of the Pyrenees. In the year in question, the winner was to be Jacques Anquetil, but Facerías and his group did not care much about who won.

Facerías, Goliardo Fiaschi and Luis Agustín Vicente had planned to attack the race as it passed through the town of Irun. Their plan was to blow up the bridge connecting Irún with France, thereby blocking the “multi-coloured snake”, albeit that in those days it was a “black-and-white snake”. There were the comrades and enough dynamite to do it. Once again, though, haste cocked things up. The bridge was not inspected in good time, nor did they manage to contact the guide who was to guide the team back into France. Whilst the preparations were being made, Anquetil and his colleagues poured across the bridge without mishap. It would not have been a bad coup, attracting the world media who were following the Tour in huge numbers. We know about this episode thanks to the memoirs of one of the members of the team, Goliardo Fiaschi.

Thanks to those memoirs, we come now to the last of today’s incidents. Since we opened with an attempt on Franco’s life, let us close on the same note. Once again we are talking about Facerías’s group. Same time, same line-up. I cannot venture to say whether the timing and location were right or not.

Facerías and Goliardo had got their hands on an American bazooka and were trying it out. The plan was to steal an ambulance and dress up as ambulance men, tail Franco’s car, throw open the ambulance doors and let him have it. We cannot say when the plan was shelved but we can say that when they crossed the border in 1957 the would-be attackers were carrying their knapsacks and bicycles to move around on, but the bazooka had had to be left behind in France. Besides, as we know now they were bandaged up and therefore could not have carried such a heavy weapon for many kilometres.

So much for today’s blog entry. I promise to write something about the operations that went off swimmingly, since I am a born optimist.