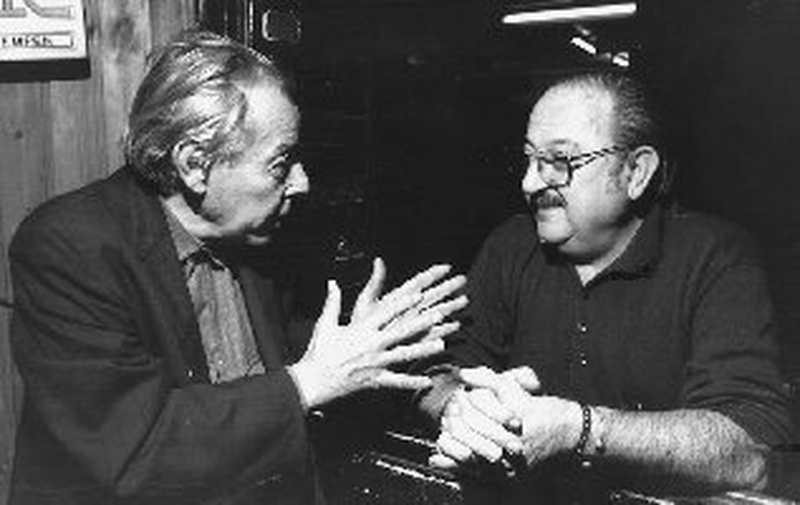 There are still veterans of the War and Resistance in Barcelona and elsewhere in Spain. Here we have (on the left) Abel Paz (Diego Camacho, author of the classic Durruti biography and whose autobiography is yet to be translated), who returned to his native city after Franco’s death. On the right is ‘Muri’, who, with his equally popular companion Lola, took over La Fragua (the bar established by Miguel Garcia, after the latter’s death). Later he opened another popular anarchist meeting place in calle hospital, the ‘Chin Pun I’. Abel Paz and Muri are seen here in the popular ‘beer joint’ in calle Avino, the ‘Noche y Dia’ (Chin Pun 3), where Muri is mine host.

Part of Photos for 'I couldn't paint golden angels'