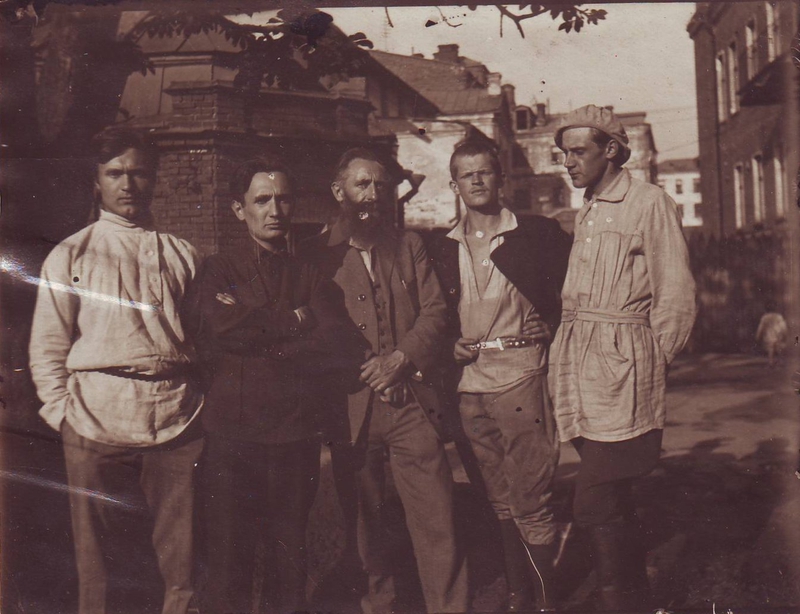 Natan Yakovlevich Futerfas (1896–1937) belonged to anarchist groups in Moscow during the Civil War. He chaired the organizing committee of the “All-Russian Federation of Esperantists” (1918–1924), which brought together supporters of anarchists in the Esperantist milieu. Starting in 1924, he was arrested on at least four occasions and found himself in prisons or in exile most of the time. Meanwhile, he continued to take part in the anarchist movement by, for example, being one of the leaders of the “Petrograd Group of Anarcho-Syndicalists” (1927) and by joining groups of exiled anarchists in the Narymsky district and in Arkhangelsk. It was in the latter city that he was shot on October 27 1937. (Research by A. V. Dubovik.)

Futerfas was involved in the Moscow Esperanto journal Nova epoka (New era). Apparently he inspired the figure of Futer, the staunch opponent of the Soviet system in Eugène Lanti’s Is socialism built in the Soviet Union? (Ĉu socialismo konstruĝas en sovetio? / Euxgeno Lanti 1935).