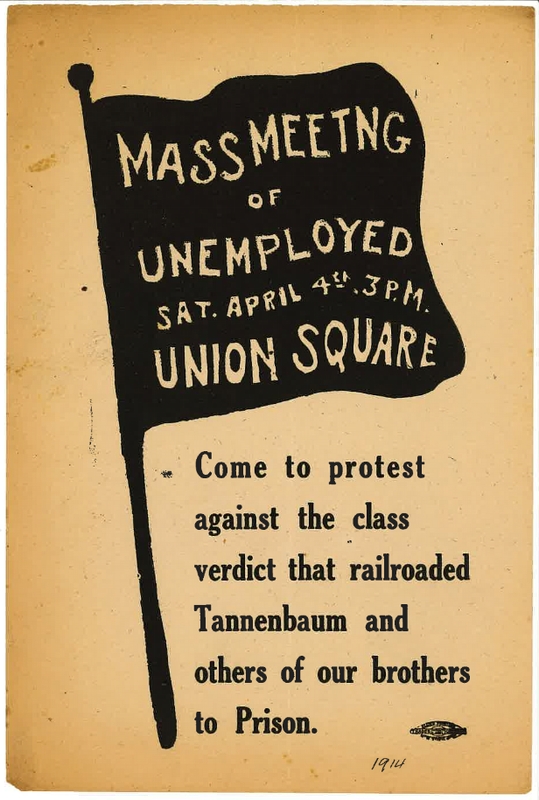 [end of text on flag]

By January 1914 there were a quarter of a million out of work in New York City. Frank Tannenbaum, IWW member and anarchist had played a prominent role in organizing a series of marches of the unemployed to New York churches where they asked for accommodation and food. It wasn’t forthcoming and after a march in early March 1914 when the police were called Tannenbaum was sentenced to a year in prison for inciting to riot.

The April 4 rally advertised on the flier and called by the Conference of the Unemployed (formed at the Ferrer Center in New York) was aggressively broken up by the police with some of the demonstrators suffering brutal injuries at their hands.

Bought with donations from supporters of the library https://www.katesharpleylibrary.net/doc/donations ]